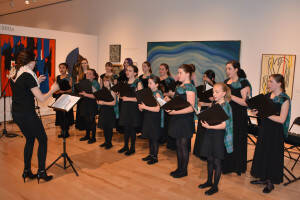 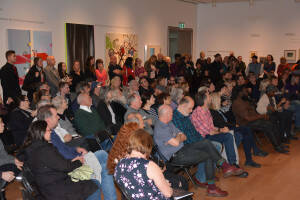 Carin Makuz is a Durham writer with an interest in the detritus we leave behind us. She started The Litter I See Project (litteriseeproject.com) which matches photos of litter she’s found with short written works by more than 100 Canadian authors, all in support of Frontier College’s literacy programs.

“I’m interested in how casually we drop things on the ground and discard things,” she said.

Her exhibit, which moves into the RMG Gallery A this spring, focuses on something you often see abandoned on the curb – couches.

She wonders who owned them, why they were abandoned and what stories these pieces of upholstered furniture could tell.

So she’s taken photographs of the many sofas she’s found and has asked friends and people she meets for their couch memories.

“I was stunned when everybody had one,” she said.

The exhibit, featuring 40 photos, is a memory project, a way to start conversations, she said. The couch memories she’s gathered will be posted, although no names will be used.

Since couches are great places for conversations, Makuz is hoping to start them with her exhibit.

“I’m going to create a seating area in the gallery to encourage people to stop, sit and have conversations,” she said.

They can also write down their own couch memories.

Makuz added the frames used for the photographs come from thrift shops and have, in a sense, been abandoned themselves.

Christy Chase is a long-time resident of Oshawa, a writer, and former reporter and editor with local newspapers. She now enjoys exploring her artistic side at the RMG. 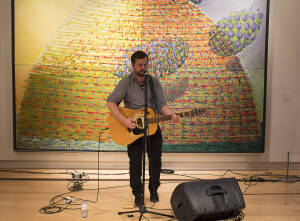