By Joan Murray, Director of the Robert McLaughlin Gallery, Oshawa (1974-1999)

When people fund art galleries, they seek to unite artworks they value under a single roof.

Ewart McLaughlin, who provided the funds for the building of the Robert McLaughlin Gallery, played a similar role. He established the Gallery building in 1967 with, as its base, forty-seven works that had been collected by Alexandra Luke, his wife, a member of Painters Eleven, who had died that year. As well as being a member, she had been one of the most ardent supporters of the Group and had supported all the arts life-long.

Her collection reflected her interests. It is eclectic, with handsome examples of Painters Eleven, some of them dazzling like William Ronald`s mysterious Darkness No. 2 with its sense of light shining from depths or Ray Mead`s Bouquet.

In the early 1970s, the question of the Gallery`s guidelines came up. The then director, Paul Bennett, set them. He wisely chose – no surprise – Painters Eleven.

He discussed it with me in 1972 at the Art Gallery of Ontario, where I was the first Curator of Canadian Art.

At the time, Painters Eleven, the first abstract painting group in Ontario, was the only group founded in Oshawa. It was officially formed in 1953 in Oshawa, in the studio and summer home of Alexandra Luke at Thickson`s Point, the result of the Abstracts at Home show, held at the Simpson’s department store in Toronto that October. The members included, listing them alphabetically, Jack Bush, Oscar Cahén, Tom Hodgson, Hortense Gordon, Alexandra Luke, Jock Macdonald, Ray Mead, Kazuo Nakamura, William Ronald, Harold Town, and Walter Yarwood.

They seemed at the time, to each other and later, to members of the art community such as myself, to be an exciting, even crucial element in Canadian art.

I had an additional reason for liking them. I had the benefit of seeing their work, and work like it, at the Riverside Museum in New York. The American Abstract Artists invited Painters Eleven to exhibit with them at the museum in 1956.

When I became director of the McLaughlin Gallery in 1974, Charles McFaddin, the Registrar of the Art Gallery of Ontario and my friend, gave me a Nakamura for the collection. Although small, it was important since it had been included in an actual Painters Eleven show (the second, at Roberts Gallery in Toronto.)

Charles said he`d only give it to me if I promised to maintain the guidelines as Painters Eleven.

To learn about them, I interviewed the living members, and the widows of those that had died. I accumulated their work for the collection. Some fine things had been bought before my time by Kay Woods, formerly the curator. She bought Harold Town`s major painting The Bridge, but I added where I could and through shows and publications began to bring the work the attention it deserved.

Showing Painters Eleven wasn`t always easy. A man came into the gallery, looked at the exhibit and said, “This guy sure changed his style a lot.” Even the Board of Trustees had their doubtful moments. “I wouldn`t give a dollar for that work,” said one Board member, waving at a Jack Bush.

But, in time, there was more acceptance. By the second half of the 1970s, our guidelines were well known enough that works by the group even were given to the collection. One such work was Hortense Gordon`s happy Colour Study (1960) which Walter Moos of Moos Gallery in Toronto gave in 1979 with the words, “It has no commercial value.” In other words, he couldn`t sell it so he was giving it to the gallery.

Today, with the general admiration felt for the group, many would disagree.

In the future, besides a rising price to the works, I expect new adherents to Painters Eleven. There will be a greater comprehension of their place in Canadian art history, more publications, and more works at auction. In other words, the fate we have seen of the Group of Seven, will be theirs also.

Journey is a title the Group used often. Another was Adventure. In their paintings, they were always seeking, travelling, reaching out for the impossible.

To be on the side of this new faith is an adventure for all that make it. 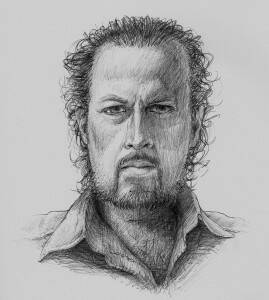 David Wysotski is an illustrator and artist painting in both traditional and digital mediums. Last year, Dave taught a drawing/painting class at theRMG which we’ve brought back by popular demand for the third time this season! We thought we’d learn a little more about Dave, his practice, and the value of instructing.

1. Tell us about your artistic practice.
My current artistic practice is fine art based; painting from the heart, painting with meaning, painting what excites me. That focus is a great shift from my career these past few decades where I’ve worked as a natural science illustrator, creating artwork to satisfy client’s needs. As much as I have enjoyed illustrating nature for commercial purposes, I’m excited to have my career transition from illustrator to fine artist. 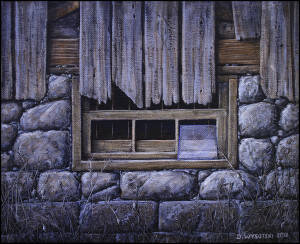 A sample painting David did as an example for his most recent class.

2. What’s your favourite thing about teaching art?
My favourite thing about teaching art is problem solving. I enjoy the challenge of assessing each student’s works-in-progress and helping them trouble shoot ways to achieve greater results. When I can come up with possible solutions that they may not have considered, I’m rewarded by knowing I’ve helped. I’m also drawn in to the passion and thirst for knowledge that many of my students bring to the classroom. Teaching those that have a desire to learn is what keeps my enthusiasm high.

3. What’s your favourite artwork? Why?
I’ll never be able to choose a single artwork as my favourite as I have way too many favourites! What I can tell you though is that my favourite genre is portraiture. Some favourites would have to include portraits by Rembrandt, Klimt, Bouguereau, Sargeant, Bacon, Vermeer….the list is long. I’m drawn to both realism as well as expressionism. Some of the contemporary portrait artists I’m enjoying lately are successful at combining those differing tight and loose styles. Current artists like Jeremy Mann, Daniel Sprick and Russ Mills excite me for that very reason.

4. What can participants look forward to in your upcoming classes?
My classes include lessons, demonstrations and lots of one on one guidance in a calm, positive atmosphere.  Beginner painters can look forward to improving their drawing ability and learning how to work with acrylic paints.  Intermediate painters can look forward to gaining new knowledge, skills and techniques.  I aim to have my students achieve a recognizable improvement over the duration of my classes.  Ultimately, a class that includes learning, laughing, relaxing and creativity makes for a fun evening for all, myself included.

Image courtesy of Stephanie Pollard. The image is from Stephanie’s 13th birthday party, which doubled as a goodbye party for heading to Canada, 2002.

When my family and I immigrated to Canada from Jamaica in 2003, my mother worried about how we would celebrate our first Christmas in our new home. All we knew – including aunts, uncles, and our two grandmothers, would be 3,028 miles away. Fortunately, we had each other, and my mother found a Filipino grocery store that also sold Jamaican ingredients for Christmas cake and ham. My mother made our first Christmas in Oshawa feel a bit more like home.

Fast-forward 15 years (and two Jamaican grocery stores), the Robert McLaughlin Gallery asked residents what feels like home, and to send pictures of those reminders. Alongside those reminders will be the Thomas Bouckley collection, 4,000 photographs of what his Oshawa looked like over 100 years ago. Curator Sonya Jones explained the project came from the idea of seeing art being created from a point of view en masse, part curiosity and part professional ethos.

“Community engagement is a huge curatorial philosophy for me…in the past when I had done similar projects, I’ve asked viewers to respond to pieces like the Thomas Bouckley collection, or works from (the gallery’s) permanent art collection…this time, I’m going to be responding to what the community does by exploring this really beautiful idea of home, and how it can be so many things (to many people), I like the idea that home and community can be merged into one,” Jones said. While sorting through the submissions Jones found a few threads that keep home and community together: candid shots of family, pictures of food, views from a special place, a favourite room in the house, even images of places traveled to, all highlight the need to belong safely. Such a need, even in the form of a community art piece, isn’t exclusive to a specific group of people.

“…Usually with the historical photographs, I get a lot of response from seniors – the demographic who tend to be really passionate about history… but I’m also getting young people, people all across the map in terms of demographic and that has been a happy surprise,” Jones said.

Chances are, some those images are coming from people who are going through the process of making Oshawa their home, and other images from those who spent time navigating worlds away from home. The feelings behind the circumstances are one in the same – we all long for belonging, regardless of what it took to arrive, or return. And a community that feels like home takes us all in stride: one moment, one day, one image at a time.

#FeelsLikeHome will be on display at the RMG until August 26, 2018. Click here to learn more about #FeelsLikeHome and submit your images.