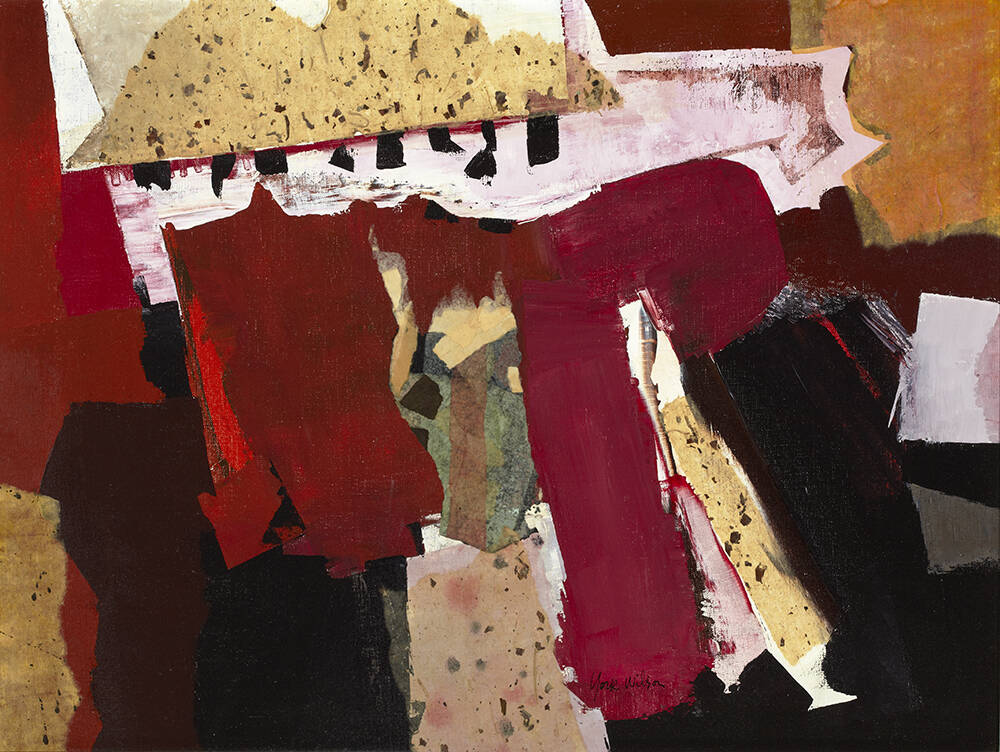 In 2014, the RMG was given the rare opportunity of choosing paintings for its permanent collection from a large body of work by the estate of abstract painter, York Wilson. Works by Wilson had been collected by the RMG from as early as the first gift of Monument by Alexandra Luke in 1967, and includes paintings, collages, prints and drawings. The offer was an occasion to “fill in the gaps.” We now have a collection of fifteen works by Wilson that range in date from 1955 to 1980.

This exhibition is a celebration of those works and York Wilson as an artist in the foreground of the development of abstraction in Canada in the 20th century.

Wilson was born in Toronto in 1907 and was educated as a commercial artist at Central Technical School. He worked alongside Group of Seven members Franklin Carmichael and A.J. Casson at Sampson-Matthews Ltd. and was later influenced by Charles Comfort and Will Ogilvie in his first efforts at painting when working with them at Brigdens engraving house. After 1949 he left his commercial career to pursue art full time adopting a nomadic way of life that took him and his wife to Europe, the Middle and Far East, as well as a long-term stay in Mexico. They would return to Toronto in 1982 until Wilson’s death in 1984. He continues to be known for his work as a muralist, examples of which can still be seen at the Sony Centre for the Performing Arts and the Imperial Plaza condominium.

Communications theorist Marshall McLuhan wrote of Wilson: “York Wilson is a key figure in relating us to both the old visual world of realism and to the new resonating world of touch and echo and pattern” and that “there is a rich story of experiment and discovery and dialogue that emerged in an art that is calm, serious, and splendid.”

The selection of work from the RMG collection ranges from early forays into abstract expressionism, geometric abstraction and experiments with pattern and collage. The unifying strength of Wilson’s oeuvre is his superb facility with both design and colour and an inherent energy throughout his practice. While Wilson’s contribution is less-well known today, this exhibition is confirmation of the importance of his work to Canadian art history.