In the 20th century printmakers began to move beyond the small, intimate, and monotone works of earlier centuries to explore scale, colour, and experimental techniques. Spurred largely by wider access to materials, the 20th century saw a burgeoning print scene begin that still exists today. This exhibition features artworks from the RMG’s Permanent Collection that showcase a variety of approaches to printmaking. The works display not only the main methods of printmaking, but also many of the artists included have combined techniques or pushed the medium’s limits in ways that make the works unique and exciting to view. As a printmaker myself, I am drawn to the various techniques, labour intensive processes, and potential for experimentation that is evident in these works.

Printmaking, as a term describes the artistic process of transferring an image from a matrix (the object on which the image or design is formed) onto another surface, often paper or fabric. There are four main printmaking methods: relief, intaglio, planographic, and stencil. Relief printing, such as woodcut and linocut, is when ink is applied to the surface of a block (stone, wood etc.) resulting in graphic images. This technique also offers the possibility of more refined line work, such as in Eric Nasmith’s Great Horned Owl (1980) where carved linework is used to create delicate textures in the foliage and owl’s feathers. Joan Marie Dean’s Isis (1977), with its smooth tones and line work is a great example of intaglio techniques – a process where ink is held in the incised lines of a plate such as with etching or engraving – allowing for a wide tonal range and fine detail.

Planographic methods such as lithography are unlike either relief or intaglio as they are printed from a flat surface. In doing so they offer unique opportunities for fine linework, details and a quality similar to drawing, exemplified by Kenojuak Ashevak’s Sun Owl and Foliage (1979) which shows has a quality similar to coloured pencil, combined with smooth planes of colour. Finally, stencil methods such as serigraph use a stencil to block out areas that are not to be printed; passing ink only to the areas that are part of the image, as seen in Lawren P. Harris’ Chevrons #3 (1973) which has layers of coloured lines laid out over the toned paper.

In each technique, there is a high level of technical process involved, from creating the image, preparing the materials, and printing the finalized artwork. Repetition of the steps becomes a type of meditation, yet at each point of the process there is opportunity for exploration and experimentation, allowing artists to push the limits of the medium. Some artists combine more than one technique. For example, Noboru Sawai’s Antique Birdcage (1979) makes strategic use of woodcut and etching techniques to create a highly detailed and colourful image held within the black lines of a cage. This captivating combination of techniques uses various formal strategies to highlight the central image.

From woodcut to etching, serigraph to lithograph, each of the artists in this exhibition have thoroughly explored and experimented with how printmaking can be used to create spectacular imagery. As a fellow printmaker, I see in these works the labour of love behind the brilliant, bold and colourful images that capture life, storytelling, and visual expression. 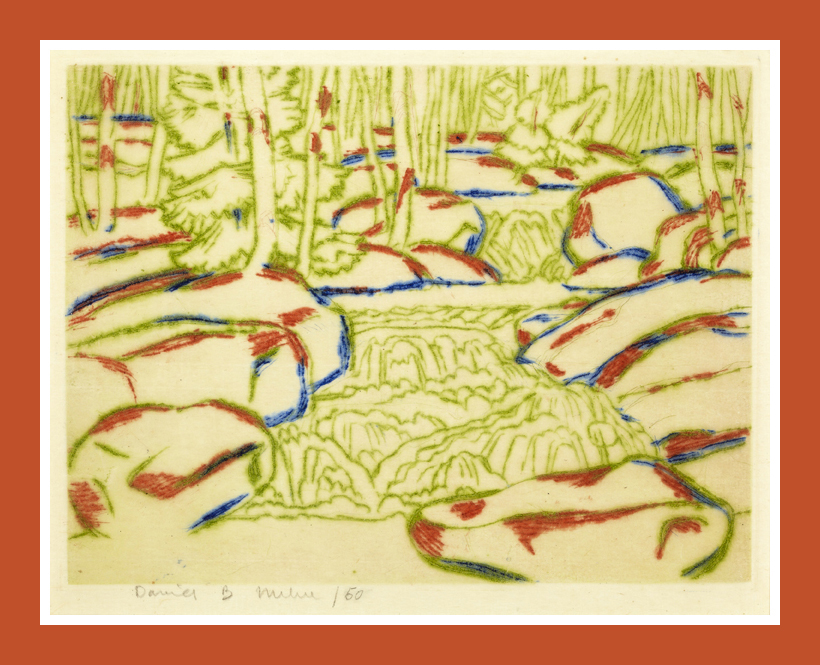 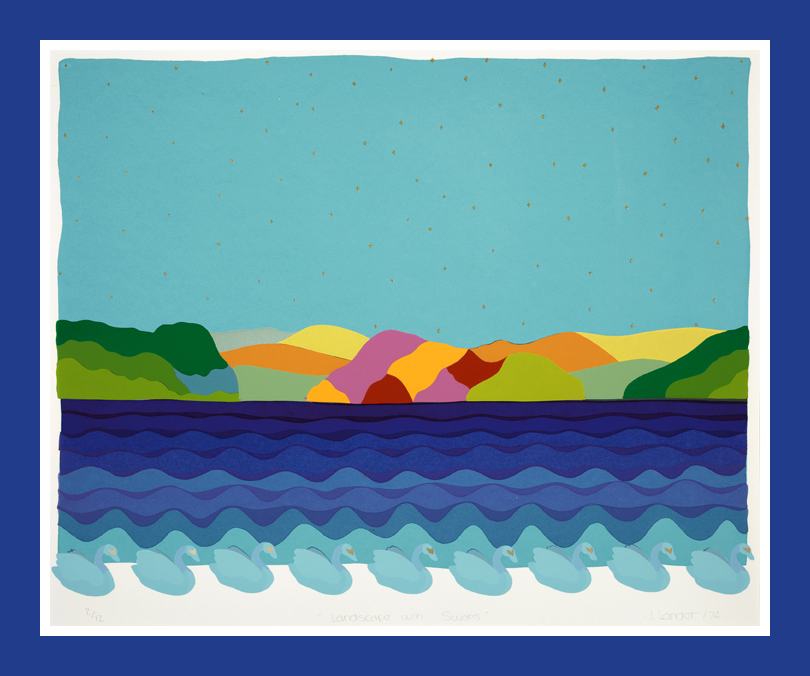