Celebrate the opening of the new Permanent Collection exhibition The Ties That Bind by renewing connections at RMG Fridays! Come with an old friend, make a new friend, and discover new musicians and filmmakers at the first indoor RMG Fridays since winter 2020.

Downstairs in the Lookout

Films from DRIFF will be playing throughout the evening at 7:15pm, 8pm, and 9pm.

Two US Marines are trapped behind enemy lines with vague mission objectives, and an even more mysterious package.

The Other Side (8mins)

An enthusiastic hiker leads his city-boy friend through a strange forest, after claiming to have found the discovery of a lifetime. It is soon learned that some things are better left undiscovered.

Each screening features special Q&A time with the Filmmakers from both films!

Lisa Conway-Bühler (b. 1988, Canada) is a Swiss-Canadian composer, sound artist, songwriter, producer, and mix engineer. Her recordings have been described as “ethereal, minimalist, experimental, unnerving…and downright elegant” (AUX), with the Toronto Star claiming, “Conway is bound for greatness, even if she doesn’t realize it yet.”

An artist who continually tries to push herself into the unfamiliar, her multifaceted CV includes original scores and songs for documentaries, short films, and theatre productions, site-specific multi-channel sound and light installations, collaborations with contemporary dancers and performance artists, and an array of renowned creative residencies. She is an alumni of the final Red Bull Music Academy (2018, Berlin), as well as the Canadian Film Centre’s year-long Slaight Music Residency (2016).

Saleen and Chelsea, 20 and 22 years old, believe that having a platform means using it to do good – and what a platform it has become. With musical stylings evocative of First Aid Kit and Taylor Swift, the duo have caught the eyes of industry greats Kim Cooke, Dave Bashk, and Dan CLancy of Revolution Recording Studios, Sum 41, and Lighthouse.

Special thanks to DRIFF in a Jiff and Canada Council and the Arts Reopening Fund for their support with this event. We acknowledge the financial support of Canada’s private radio broadcasters. 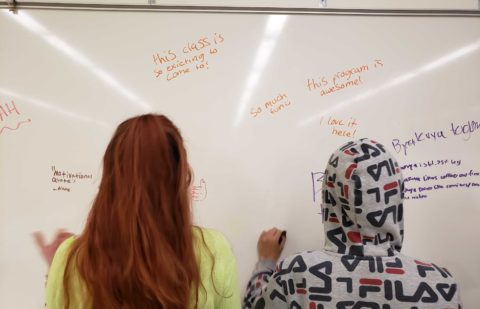 Ages 13-19 Come hang out in our onsite art studio! Guided by our talented Learning + Engagement Assistant, Farah Hoosain, you will be encouraged to explore new techniques, work with a variety of materials, and express your unique personality through art. Each week’s activity is influenced by the artistic trends of youth in the local […] 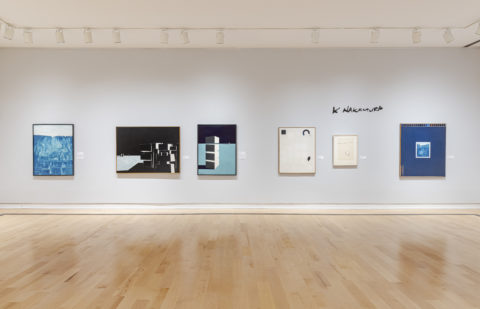 This event is open to the public, but registration encouraged. Join us for a conversation about the lasting impact and legacy of artist Kazuo Nakamura. The discussion will be led by panelists Louise Noguchi (artist), Bryce Kanbara (artist and recent Governor General Award recipient), and John Hatch (art historian). Kazuo Nakamura laid the groundwork for […] 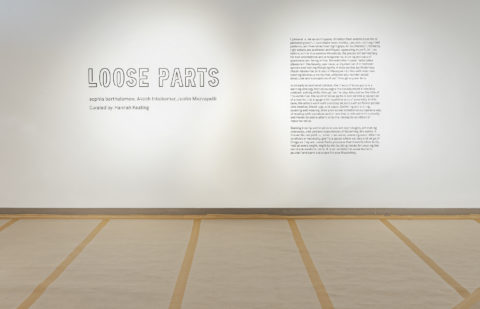 Join curator Hannah Keating for a guided tour of the exhibition Loose Parts, which includes work by sophia bartholomew, Akash Inbakumar, and Justin Mezzapelli. Thursday Curatorial Tours are free and open to everyone. They provide deeper insight into the themes, context, and content of our exhibitions. Seating options are available. For more information about access […]