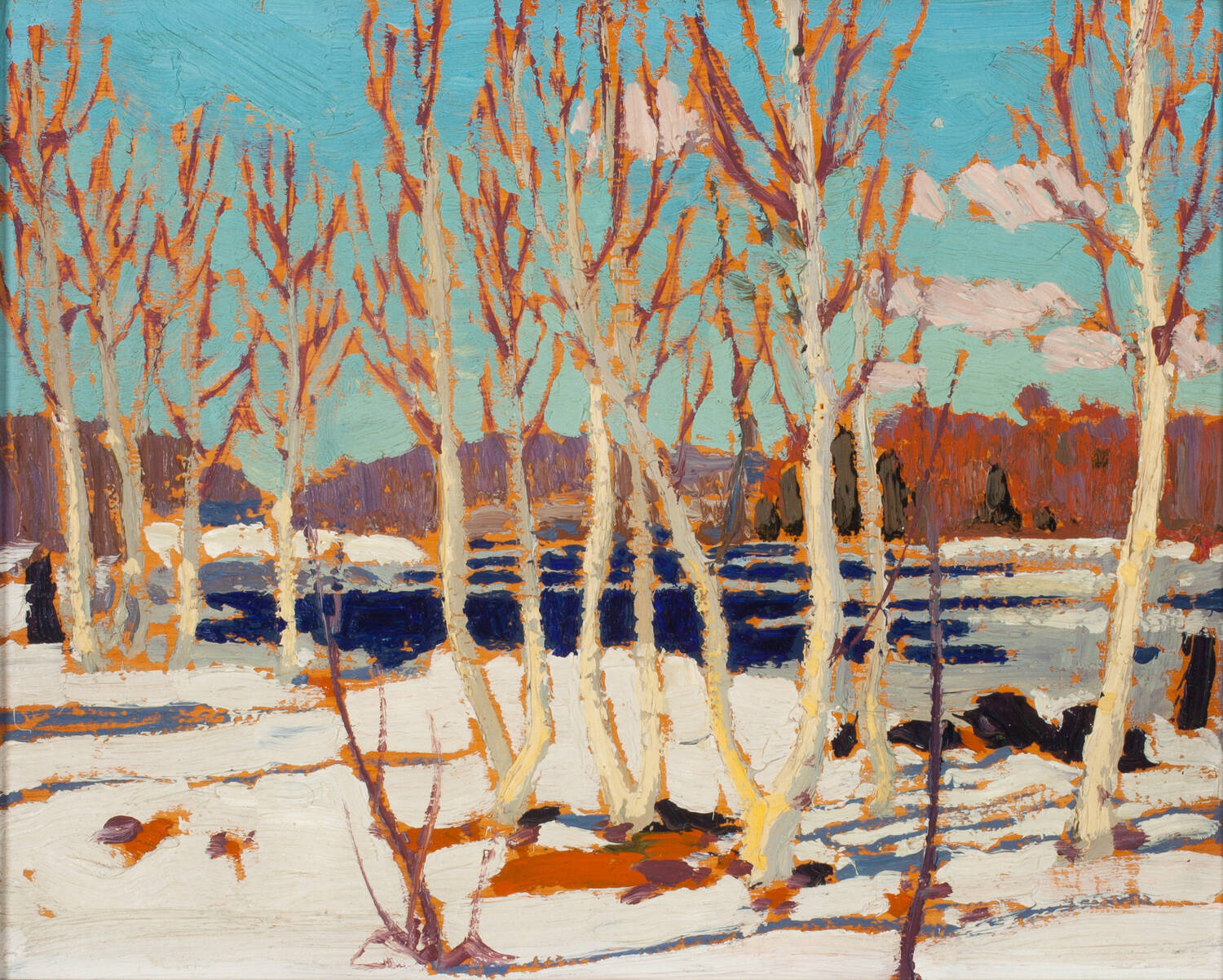 Imagine, if you will, that two artists while exploring a second-hand bookstore in downtown Toronto, come upon an old battered copy of James Joyce’s A Portrait of an Artist as a Young Man. While idly flipping though it they discover a hand drawn map of what looks like Algonquin Park. On the map there is a mysterious symbol with the initials “TT” drawn within it. Their curiosity is sparked and they purchase the book.

They decide to track down whatever the symbol indicates. Five years later, and after several trips to Algonquin Park, they discover a small cairn and within it find a tin box containing a leather journal with the initials G.N. embossed on its cover. The artists look through the journal and discover that it chronicles a never before known friendship between the journal’s author and Tom Thomson. This journal – if authenticated – would change forever what we know about Tom Thomson and his life.

And that is what is being done with Betwixt & Between: An Untold Tom Thomson Story. Lead artists Joel Richardson, Germinio Pio Politi, and Nyle Johnston, build upon what we know about Thomson, investigating the contradictions and mysteries, in order to produce this project. There are some facts about the artist which are incontrovertible. Yet many aspects of his life remain within the realm of conjecture and (sometimes contrarian) supposition. It is said that if Tom Thomson had not existed, Canada would have had to invent him.
The heart of the project lies in the (85% authentic) story of an imagined friendship between Tom Thomson and George Nadjiwon, a young man from Cape Croker reserve. The time period that is covered in the exhibition includes key dates in Canadian history and looks at issues including the treatment of Indigenous peoples, women’s rights, independence and ideas around nationhood while addressing constructed historical narratives that ignore or obscure different voices.

The historical events being explored in this exhibition are still relevant, especially the injustices perpetuated against Indigenous people. The development of this exhibition has been guided by the Truth and Reconciliation Commission’s recommendations and with ongoing dialogue and guidance from the participating Indigenous artists and advisors.

Betwixt & Between is a multilevel platform project that incorporates new technologies such as Augmented Reality and virtual experience through an interactive app that fully integrates with and is reflective of the exhibition.