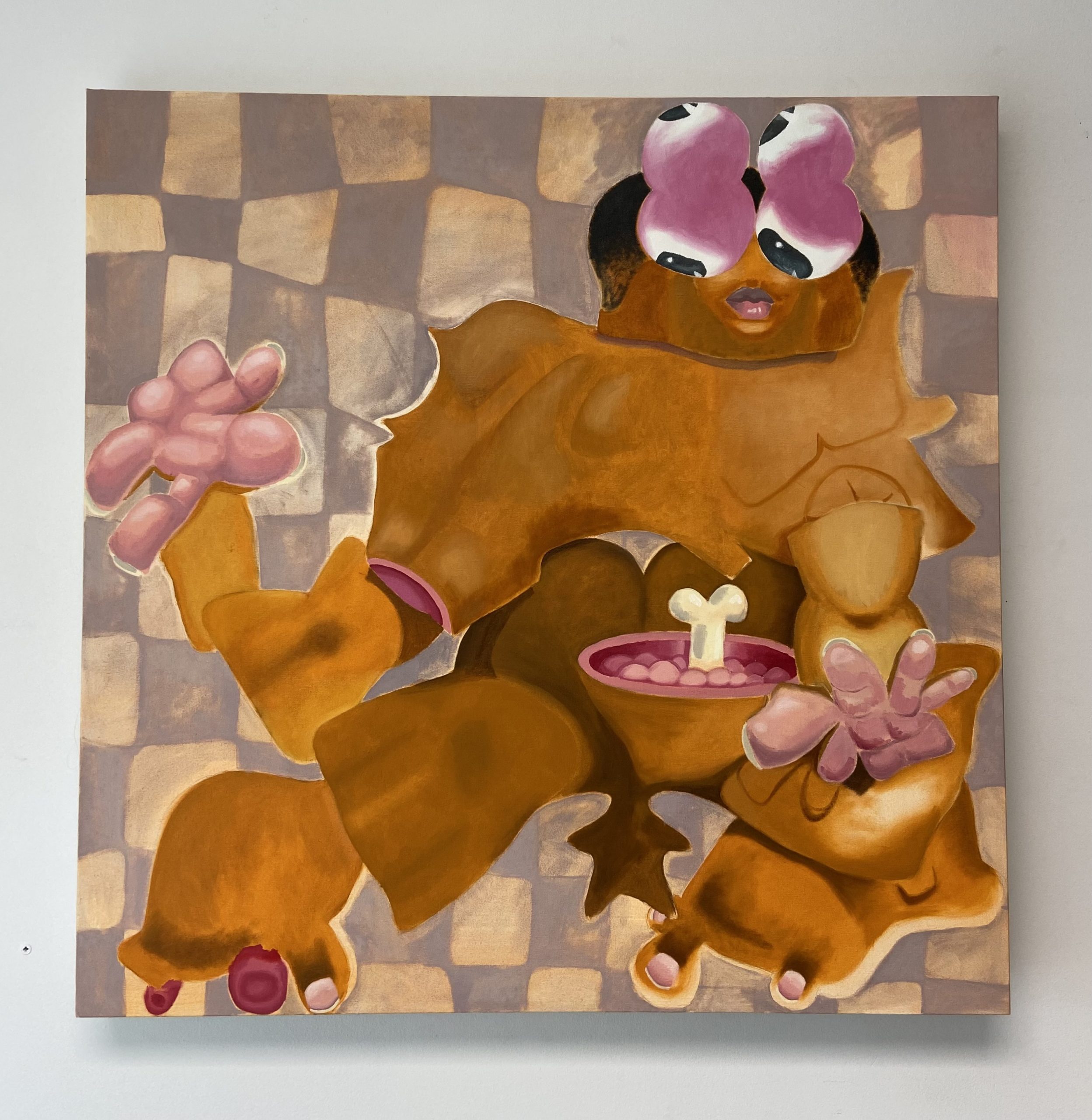 Join Malik for an Artist Talk on July 21st!

In virtual spaces, expressions of identity are usually performed through avatars. Malik McKoy’s new body of work asks how these carefully mediated and constructed identities actually relate to the people they represent when they are used to connect or perform moral virtue. As an abstract self-portrait, Code Switch also considers how technologies like virtual reality and artificial intelligence reproduce human biases, and more specifically, how racialized bodies are subject to the harms caused by online escapism and the commodification of identity.

The exhibition features five new paintings and an augmented reality installation created during McKoy’s residency in the RBC Artist Incubator Lab. A central character appears in all six works. His shifting form and surroundings are composed of the disassembled pieces of a 3D human figure; as 2D shapes, they are unrecognizable as the basic figure McKoy built using 3D modelling software. The avatar stands in for the artist, travelling through abstract and fantastical spaces, which relate in some way to McKoy’s own online identity and the collective experience of disorientation that virtual spaces can produce.

The internet offers users the freedom to grow beyond their physical environment and try on new identities – it is also prone to prejudice, exploitation, and misinformation, when truth or identity can appear transparent one moment and opaque the next. McKoy is interested in exploring how Black and queer bodies in particular are fetishized and consumed as cultural currency. For instance, in DBLRM (Do Black Lives Really Matter), he adopts a cynical view of public promises for representation, inclusivity, and justice by highlighting the fragile balance between utopia and horror in virtual fantasies. As playful as it is discerning, Code Switch reflects McKoy’s ongoing effort to bridge his digital and paint-based practices and to grapple with the increasingly blurred line between online and offline selves.