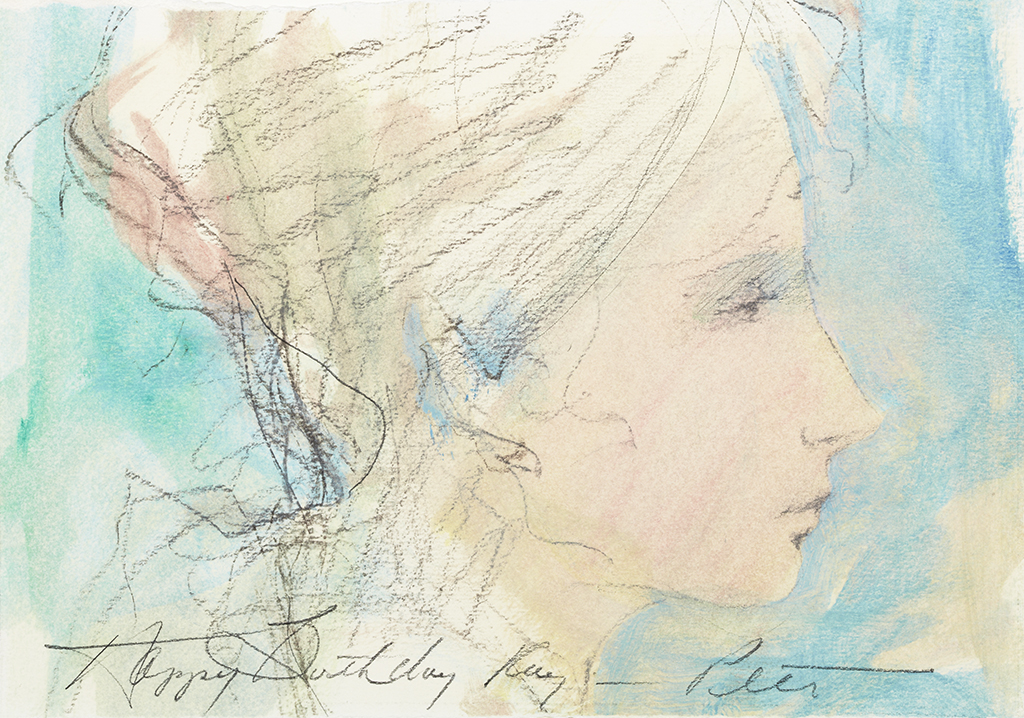 Art critics have the power to shape the discourse around an artist and act as mediators between artists and audience. Kay Kritzwiser, the Globe and Mail’s art critic from 1964-1980, developed close relationships with artists and used her role as critic to champion the arts. This exhibition explores some of the artwork Kritzwiser received as gifts through her friendships with artists.

In the period that Kritzwiser was working as a critic, there was less concern about conflicts of interest in having relationships with artists and accepting gifts from them. In fact Clement Greenberg (1909-1994), considered to be one of the most influential critics of the 20th century, had a close circle of artist friends as well as financial exchanges with artists. For Kritzwiser, friendship with artists created a more intimate dialogue that gave her further insight into their practices. At her retirement and 70th birthday party, 70 artists created miniature works of art as retirement gifts. This collection was lovingly displayed in Kritzwiser’s home for fourteen years before being generously gifted to The Robert McLaughlin Gallery. Most of the miniature works are personalized with messages for her, and includes contributions from many important Canadian artists.

The first artist she interviewed at the Globe was artist Ken Danby, who said Kritzwiser “established a strong reputation as a knowledgeable and fair arts critic-reviewer.” At first, her post to the position drew criticism for her lack of experience with art, but she soon won the hearts of the Toronto art scene for her quick study and enthusiasm. Artists described her as a cheerleader, non-threatening, supportive and kind, and she was beloved by artists across Canada. This collection of gifts is a testimony to the relationships she built and her unwavering support for the arts.