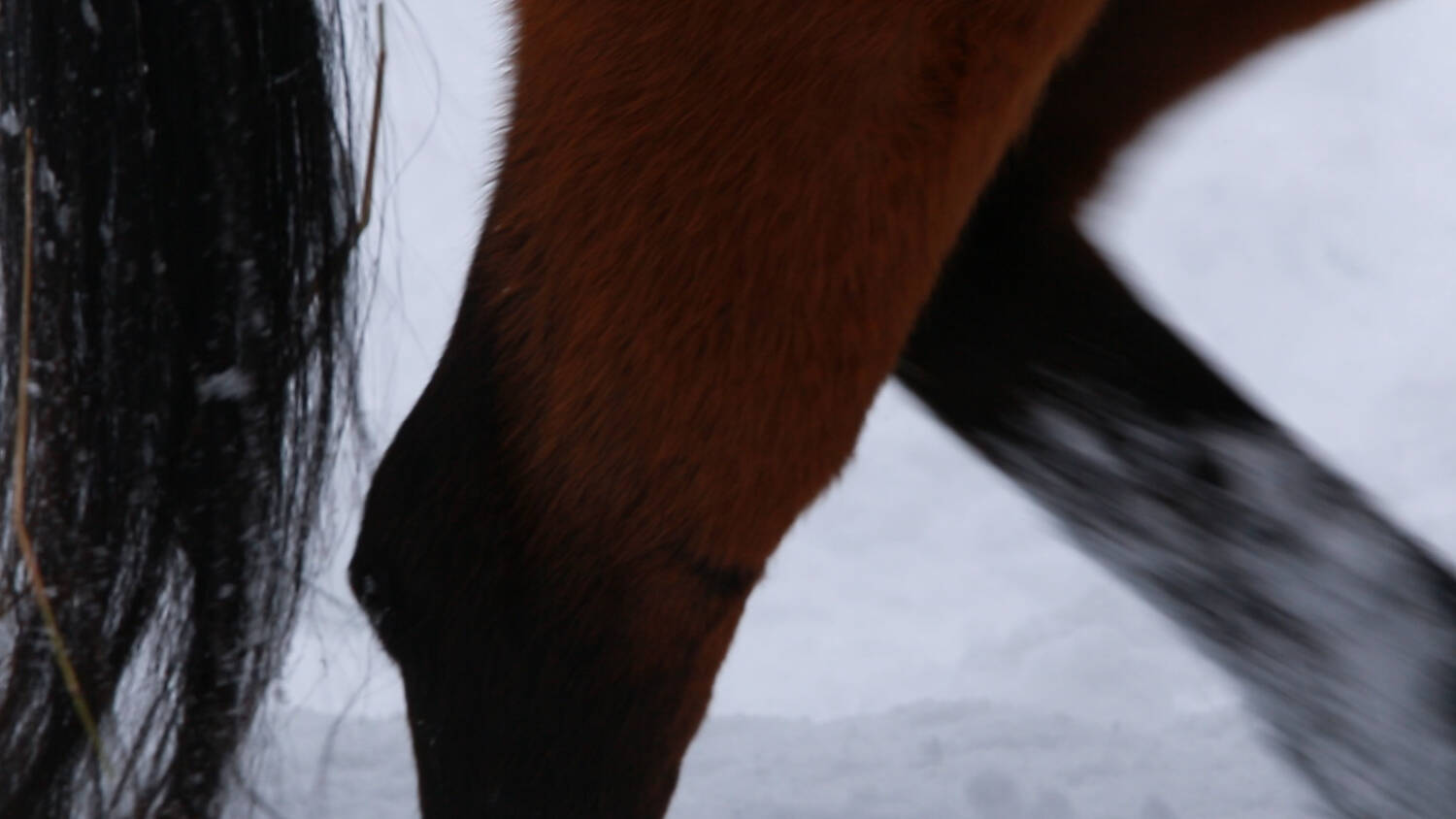 Free Rein is an installation by Feminist Land Art Retreat (FLAR), which reimagines hierarchical frameworks and proposes a vision of a possible future shaped by personal agency and autonomy. Centered around the three-channel video No Man’s Land, the work repurposes tropes of the Western film genre to subvert its typical narrative of a ruthless lone ranger out on the plain. Instead the video follows a number of horses through various landscapes and the women that take care of them, capturing their collaboration and shared pleasure in the labour at hand. The tenderness of their daily rituals reveal an interdependence, one where survival is not synonymous with conquest and expansion, but relies on mutuality and trust. Here, the concept of “Free Rein” is multiple, suggesting at once, the reins of a horse being freed from its rider, freedom from authority and land relationships that are beyond ownership.

Free Rein was first exhibited at the Audian Gallery (part of SFU Galleries) in Vancouver, May 31 – August 4, 2018, curated by Amy Kazymerchyk. The exhibition premiered No Man’s Land: The Trilogy, which was supported by SFU Galleries, the Western Front Media Arts Residency, Canada Council for the Arts, British Columbia Arts Council, and ACUD Gallery. The first chapter of No Man’s Land was presented at ACUD Gallery in Berlin, April 29 – May 28, 2017, curated by Elodie Evers.