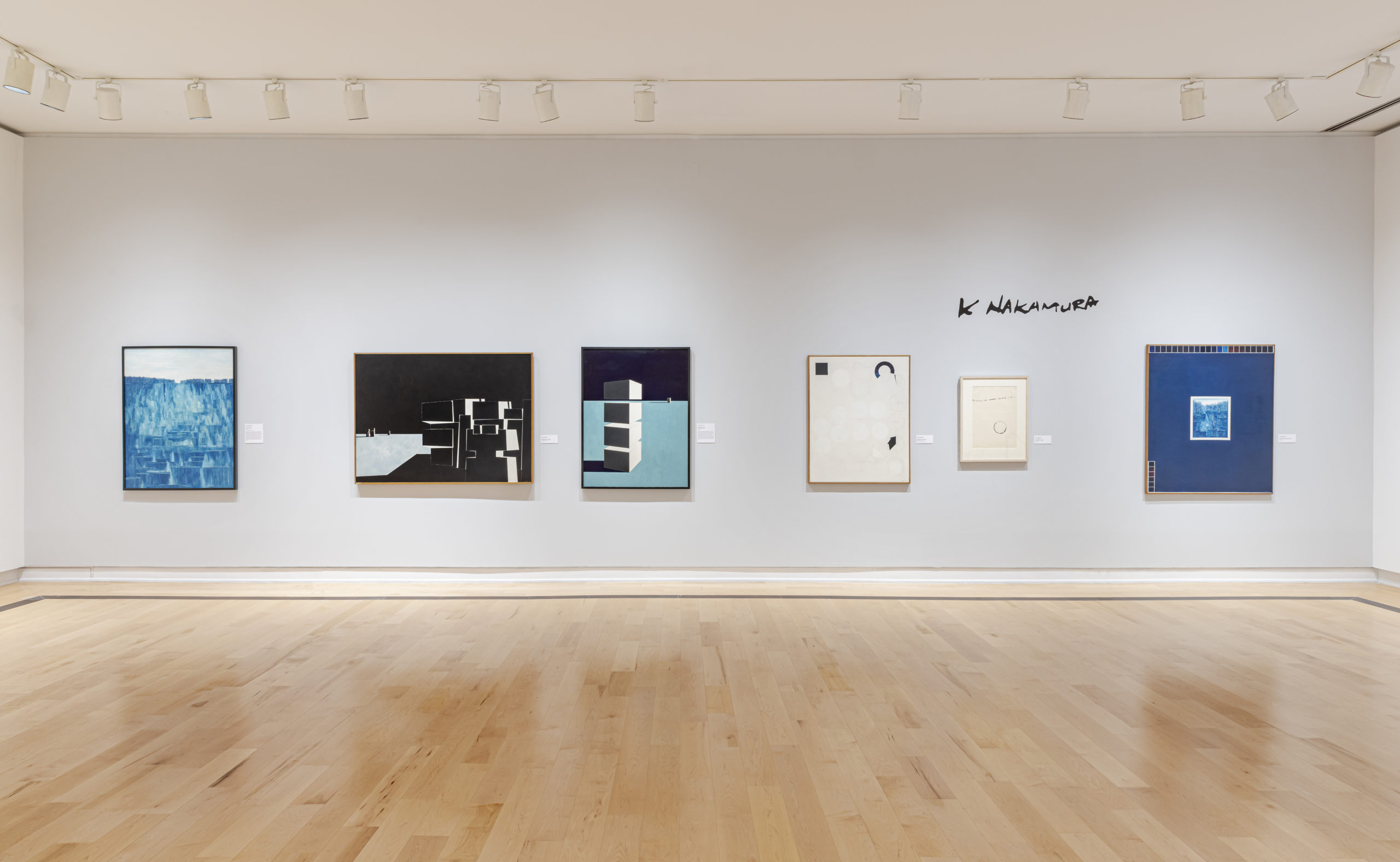 Born in 1926 in Vancouver, BC, Kazuo Nakamura was interested in art at an early age. As a teenager, he would pour over his uncle’s Japanese art magazines and explore the city with a sketchbook in hand. In 1939, he began his formal art training at the Vancouver Technical Secondary School where he was taught by Jock Macdonald—an artist known for his modernist approach and a future fellow member of Painters Eleven.  In 1941, his art training was cut short when he and his family were sent to a Japanese internment camp in Tashme, BC. Between doing labour in the camp and attending high school classes in the evening, Nakamura still found time to sketch and paint. He and his family spent two years interned before the Canadian government forcefully relocated them to Hamilton. Nakamura would eventually settle in Toronto where he picked up his formal art training again at the Central Technical School (1948-1951). In Toronto, he quickly became a part of the Toronto art scene thanks to his relationship with both Albert Franck and Jock Macdonald.

Kazuo Nakamura was a founding member of Painters Eleven (1953-60), Ontario’s first abstract art collective. In 1953, he was approached by William Ronald to participate in the Abstracts at Home exhibition that played a central role in the formation of Painters Eleven that same year. Although sharing in the other members’ use of abstraction, Nakamura’s work was distinguished within the group by his use of more subdued brushstrokes, simpler structures and monochromatic palette. When reflecting on the influence of Painters Eleven to his art, Nakamura believed he benefited most from the opportunities for exhibition. He also developed lasting relationships that continued post the disbanding of the group.

Nakamura’s fascination with science and mathematics is evident throughout his career through his use of patterns, linear perspectives, and geometric forms. From the earliest landscapes and abstractions to his later mathematical explorations, Nakamura was seeking patterns in nature. He considered his most important work to be his Number Structure series, done later in his career, where he explored how the language of numbers reveal patterns and structures in the natural world. Curator Dennis Reid summed up what Nakamura was seeking: “Kaz was passionate about understanding the universe he lived in and conveying that understanding to others.” Nakamura’s Number Structure series connects all of his artistic explorations together, directly linking his interest in science and art. In 1956, Nakamura explained in an interview with art critic Robert Fulford his belief that science and art are deeply connected: “…I think there’s a sort of fundamental universal pattern in all art and nature… In a sense, scientists and artists are doing the same thing. This world of pattern is the world we are discovering together.”

Drawing primarily from the RMG’s permanent collection, this exhibition pulls together works that reflect the scope of Nakamura’s artistic career and his constant search for truth and understanding of the world around him.