Our Story: A journey through three different perspectives of life here on Turtle Island 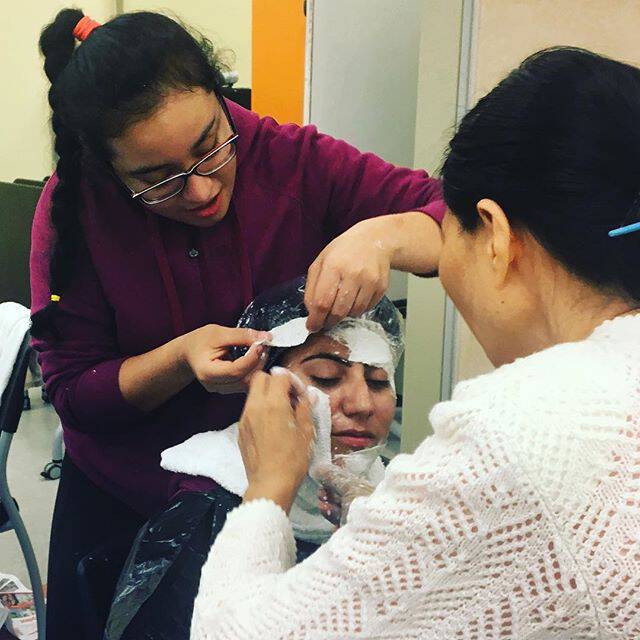 Art Lab: Joanie believes that her identity and the way she sees herself versus the way that the world sees her, has had a strong impact on her life experiences. What does it mean to be Canadian? What does it mean to be an immigrant? Joanie moved to Canada at the age of 2 and spent most of her youth in Fort McMurray, Alberta and the rest of her teens and now adult life planting roots in GTA. During her residency at RMG, Joanie will be exploring how she connects with her South Asian roots while sharing what being “Canadian” means to her. She hopes to use this time to reflect on her Ancestry, visually show the story of her migration to the great white north as well as how growing up in Canada has had an impact on who she is now and what this looks like through her art!

Gallery A: Joanie’s intention for this exhibition is to artistically display the story of Canada through three lenses:

First People’s Story – Art exhibited by local Indigenous Artists Chief Lady Bird and Aura to show how important it is for all of us to honour the People that were here before us.

Canadian Immigrant – Art exhibited by Joan Saldanha, who migrated to Canada in 1973 and is now raising a family here in Ontario.

Newcomer Canadian – Art exhibited by folks who have just arrived showing how deeply connected they are to their roots while embracing their new Canadian identity.

Bio: Joanie’s journey as an artist began at an early age. She found that art helped her to sort out her emotions during a painful childhood. Visual art, music and writing all served as an outlet and also a platform to tell her story. Today, Joanie continues to tell her story through art from an empowered place. She uses acrylics, India ink, colour and movement to organically express her emotional state of being.
Joanie shares her mindful, meditative and intentional arts practice with children and youth through her Grassroots Community Organization, Eternal Springtime. She teaches them how to use visual arts as a platform to connect, create, share and manage emotions through improved self- awareness. She is honoured to be developing and delivering Mask Making workshops with Community Development Council of Durham to Newcomer Canadians this year.