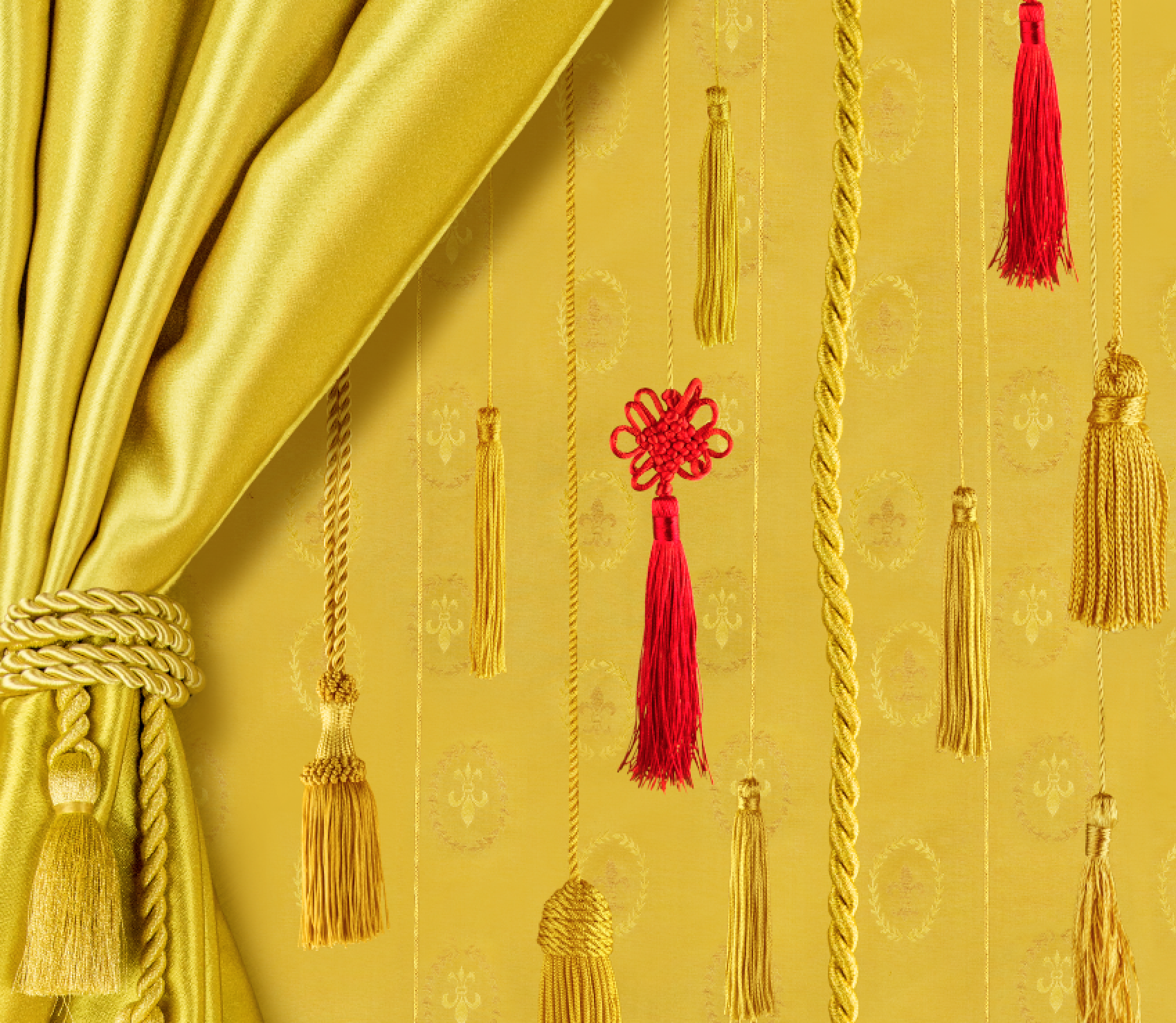 As Oshawa began to expand and industrialize in the early 20th century, in 1928, the first Business and Professional Buyer’s Guide was published by Alger Press Limited to highlight “manufacturing, business and professional interests” of the city and to generate continual growth.

In 1921, Oshawa had a population of approximately 13 000 people. Of that 13 000 people, 18 are listed in the census as being Chinese. There are no people of Asian descent, including Chinese, listed in any of the previous census record. This photo installation mimics a storefront window façade decorated three red endless knots that allude to the Boston Café, Ontario Laundry and the Globe Diner; three early Chinese establishments within a 5-minute walk of Core21. These three businesses were not included in the Business and Professional Buyer’s Guide.

In the foreword of the Buyer’s Guide, the publishers ask readers to bear with them as it is their first time undertaking a document of this nature and that errors of omission may be present. They cite the following lines from Puck’s epilogue in Shakespeare’s A Midsummer Night’s Dream:

“Gentles, do not reprehend,
If you pardon, we will mend.”

The impetus for the piece is to pay tribute and commemorate local histories have not been chronicled within the downtown core. What was the experience of owning a business in Oshawa for a Chinese family? What was it like to live as a Chinese-Canadian during Oshawa’s industrial boom? What (if any) forms of community were present for these Chinese-Canadians since they were so few in number? Chinese knots are an old form of decor with connotations of luck associated. One of the many symbolisms behind endless knots is that they link ancestors with omnipresence. This installation pays tribute to the legacies created from these first communities to make this largely unseen history visible.

The Boston Cafe sign can be seen in the centre, just to the left of the man holding the ‘Go’ traffic sign.

for Oshawa, there were two “nuclear” families living in Oshawa in the 20s and 30s, the Lem family and the Soo family. This Soo family comprised five of the eighteen Chinese people living in Oshawa during that year. They lived on Simcoe Street and Min Soo ran a restaurant called the Boston Café. Directory records show that Soo Min owned the Boston Cafe on 57 King St E until 1930 and then he reappears in 1938 as the proprietor of the Eden Inn on 8-10 Ontario Street. During this time, this part of King street was a ethnically diverse area, with people listed as being Ukrainian, Polish, Jewish, and Russian. 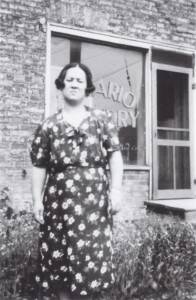 The photo on the left was taken at the back of Ontario Laundry, which was on Celina at Athol. Pictured here are 3 uncles of Brenda Joy Lem (photo source): George (the oldest), Uncle Edward (middle), and Uncle Norm (the youngest). Depicted on the right is a woman in a floral patterned dress, in front of Ontario Laundry, Celina St. at Athol. The woman is described by Brenda Joy Lem as her Grandmother, the photo possibly taken by Brenda’s Aunt. Brenda’s family owned the first hand laundry business in the City. 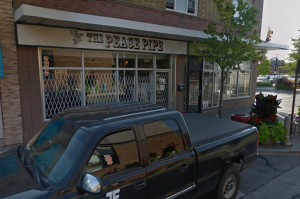 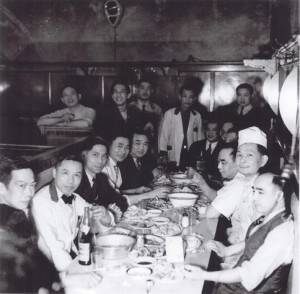 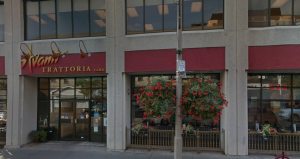 The Globe Diner was located on 13 King Street. In the 1921 Census it shows that this address was a single home rented by  a number of Chinese who were all listed as cooks or waiters, and that the Manager of the Globe Cafe, Lee Chow King (often abbreviated to L.C. King) was the head of household. In the 1928 directory, however, the Globe Cafe is listed as being owned by the Seto Bros. The Seto’s also operated the Waldorf Cafe at 11 Simcoe and later in 1937, the Seto Cafe at 11 Bond Street. In 1985 directory the Globe cafe became the The New Globe Restaurant and is shown as having moved to it’s current location on Athol Street. This photo with the staff members of the restaurant was taken around 1940. Back row, second from left is George Lem, uncle of Brenda Joy Lem. Man in bottom left is the grandfather of Brenda Joy Lem.