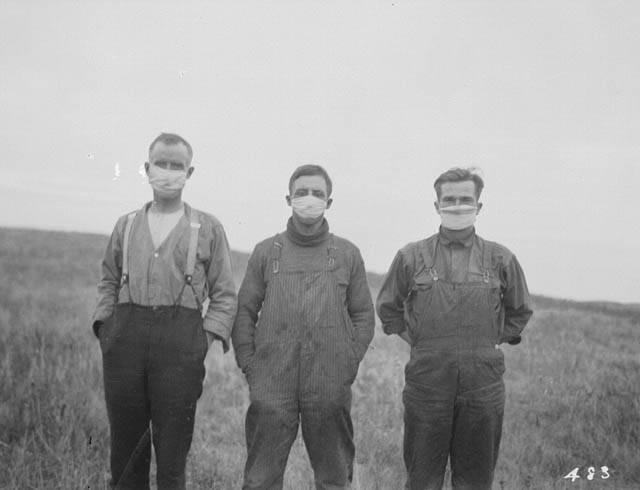 A hundred years ago, when World War I was winding down and peace was right around the corner, a new strain of influenza swept the world, killing more people than the Great War. The 1918 Spanish Influenza is considered the deadliest outbreak of infectious disease in recorded history. It killed between 50-100 million people worldwide, 30,000-50,000 in Canada. The discrepancy and mystery with the numbers is due to the fact that medical systems were overwhelmed and in short supply during the war, so many deaths were unreported. It’s often referred to as the “forgotten” epidemic due to its limited coverage in the war censored media at the time. Incorrectly thought to have started in Spain, the epidemic got its name because neutral Spanish newspapers frequently covered the devastating impact of the disease.

In Oshawa, young men who survived fighting overseas returned home only to succumb to the flu. The Spanish Influenza was unique in that the victims were predominantly young adults, aged 20-40, the same age group most impacted by the war. In response, the government set public gathering restrictions across Ontario, however, that did not stop the celebrations that took place in the streets when the war was over.

In Canada, a country still recovering from the effect of the Great War, the Spanish Influenza had a profound social and economic effect. It reduced the workforce, lowered life expectancy, and left many children without parents. This exhibition features historical images from various sources that shed light on the epidemic’s national impact.