From December 1, 2014 to February 1, 2015, Gallery A will welcome its first Artist in Residence (A.I.R.) Pete Smith. The RMG caught up with Pete to discuss his upcoming residency and plan of work while at the RMG. Keep watching this space for updates on his project or visit the gallery! For more information about his project, visit www.jmdrp.ca

RMG: Hi Pete! Firstly, who are you? What is your work about?

PS: I am an artist, writer and educator who lives in Bowmanville. Primarily rooted in painting (and the discourse that surrounds it’s contemporary production), my work negotiates the intersection between the analogue and digital, the painterly and the graphic, the human and the post-human. In this sense, I consider my works metaphors for the overall digital presence in contemporary life.

RMG:  What inspired you to make work?

PS: My current interest in digital technology as a conduit for image making came through a course I was asked to teach at OCAD University. In this class, I was required to learn the Adobe Flash animation program. It ended up completely changing my art practice (and really my life, quite frankly.)

RMG: Why were you interested in the Gallery A residency at the RMG?

PS: I was approached about the program last winter, and it sounded like a lot of fun. As an educator and a parent, I’m pretty limited in terms of artist residency opportunities. Consequently, I’ve never done one before. The fact that it was at such an amazing public institution with such a rich history of supporting Canadian abstract painting made the opportunity even more exciting. It sounds kinda trite and cliché, but I really am just so happy to be here.

RMG:  What will you be doing during your residency? What do you hope to achieve?

PS: Hopefully a whole lot. Elizabeth Sweeney, (Manager of Public Programs and ArtReach), asked me to do something I hadn’t done before… So I’m definitely doing that here. The basic idea is that I will be remixing the RMG’s permanent collection of works by Jock Macdonald. Originally, my show was supposed to run in February concurrently with that exhibition. Things have changed a bit from that (it now opens in January), but there will still be some overlap with the Macdonald survey show. Linda Jansma and I will be giving our talks on same day.

RMG: Can you tell us a bit more about your Jock Macdonald re-mix video? What was the inspiration for it and how did you make it?

PS: The Jock Macdonald animation is called “JMDRP_2(Double Parker Mix)”. It was made in flash animation. The music is a mash-up I made of a Charlie Parker song. It’s two versions of the same song that have had their time signatures manipulated played over top of each other at the same time. All of the imagery that I make during my 9 week residency will be rooted in still imagery selected from this animation. JMDRP stands for Jock Macdonald Remix Project. 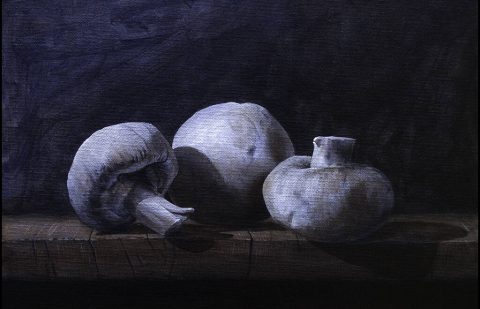 David Wysotski is an illustrator and artist painting in both traditional and digital mediums. Last year, Dave taught a drawing/painting class at theRMG which we’ve brought back by popular demand for the third time this season! We thought we’d learn a little more about Dave, his practice, and the value of instructing. 1. Tell us […]

John Di Leonardo is our Art Lab artist in residence from June12 until September 3, 2018. During his residency in the Art Lab, John Di Leonardo will be researching the nude theme within Canada’s artistic history, and also will be drawing to create a body of work that explores questions of the nude image as […] 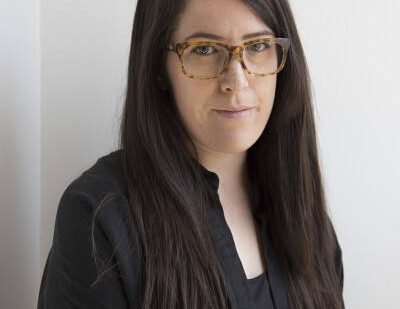 The Robert McLaughlin is excited to announce that Leila Timmins will be joining the Gallery as Manager and Curator, Exhibitions and Collections. In this new role, she will be replacing Linda Jansma who is retiring after 28 years at the gallery. Previously Curator of Exhibitions and Public Programming at Gallery 44 in Toronto, Leila is […]