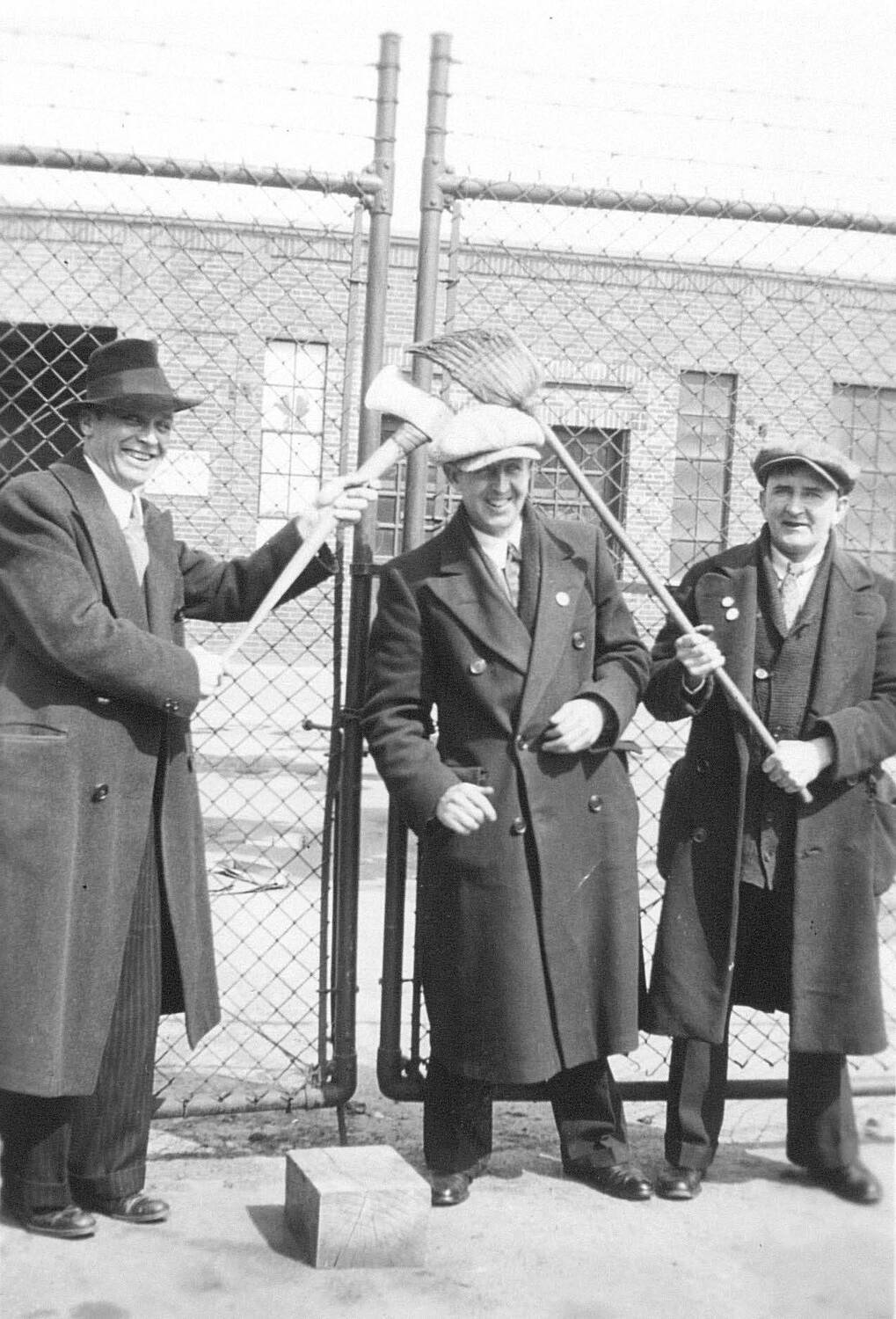 What’s interesting about these images is that they capture candid moments between strikers on the picket line. They weren’t just taken to document the strike but seem to be snap shots between friends, giving a general sense of what the mood was like during this time.

On April 8, 1937, 3,700 GM workers punched in as usual and then walked off the job. They didn’t return to the assembly lines until a settlement was struck two weeks later.

For a little background as to why the strike began, an interview with Arthur Shultz, who had worked on the assembly lines in GM from 1922–1937, describes the conditions of the plant and community prior to the 1937 strike:

“Work on the assembly lines was hell, speed ups, no rest periods, afraid to complain for fear of permanent layoff.  The pay was good while you worked but yearly earnings were in the $600 range.  Work was only available for six to seven months of the year and many employees were forced to apply for City welfare.” – Arthur Schultz, 1951

The Toronto Star reports the strike as an orderly event:

“A stand-up strike not a sit-down strike” with 260 women joining the men on the picket line. It begins quietly with workers first filing into work as usual at 7 a.m. and then five minutes later, just as peacefully, exiting the plant. Simultaneously, 400 pickets are flung up around the works with pre-arranged precision” – Toronto Star, April 8, 1937

While these photographs depict an important event in Oshawa’s history, the smiling faces and sociable atmosphere give it a human side.