I came across an “RIP” for Noel Harding on Facebook last Friday. I was both stunned and disbelieving and contacted the notification’s author for verification. The next day, emails and other postings would confirm that it was true: Noel had died suddenly on Thursday, May 26. 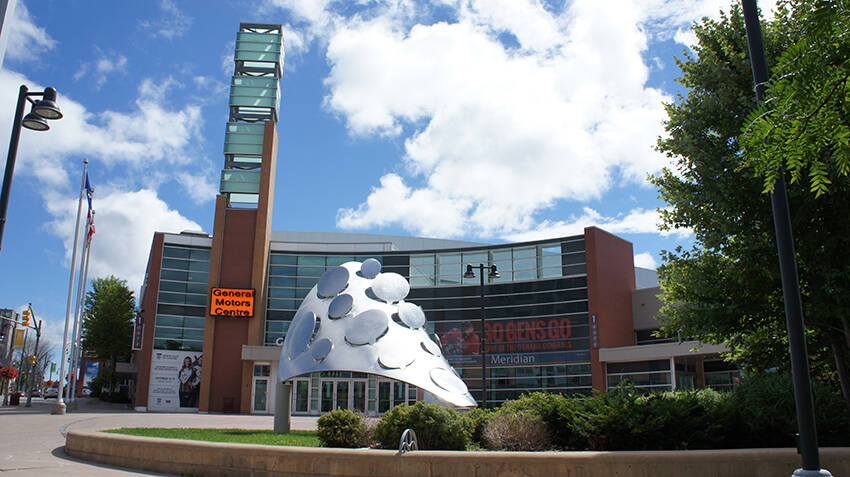 Less than a week ago, Noel had called to ask me to be a reference for a sculpture commission he’d been short-listed for. He was excited about the project and the possibility of its realization.

Noel was an artist with incredible vision and energy. Born in England in 1945, his work originally consisted of video art—he was a pioneer in Canada in that medium in the 1970s; then it was video projections and installation in the 1980s; kinetic installations in the 1990s and over the past 20 years, his practice has primarily been one of public art. 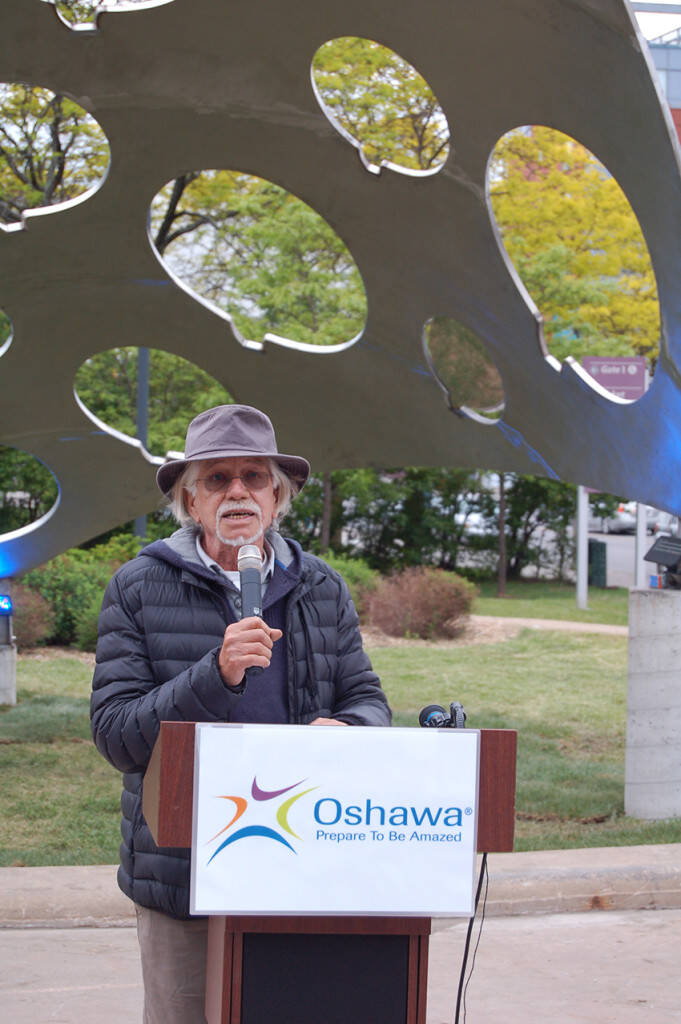 Noel Harding at the opening of Reverb. Spring, 2015

I first met Noel in 2002 when he was short-listed for an RMG-commissioned sculpture. While the jury did not choose his work, his attention to the site of the sculpture was both well-considered and memorable. We were happy to see him submit to the RMG’s call for proposals in the spring of 2014. The short-listed proposals were presented to the jury in the fall of 2014 with each artist given the opportunity to explain their work. Noel came in with a wonderful maquette (model of the sculpture) a flashlight and lighting system He wanted us to see the shadows that the sculpture would make in the day and set up what the lights would look like when triggered in the evening. The jury decision was unanimous: Noel had sold us on his vision, and his enthusiasm for that vision was contagious. 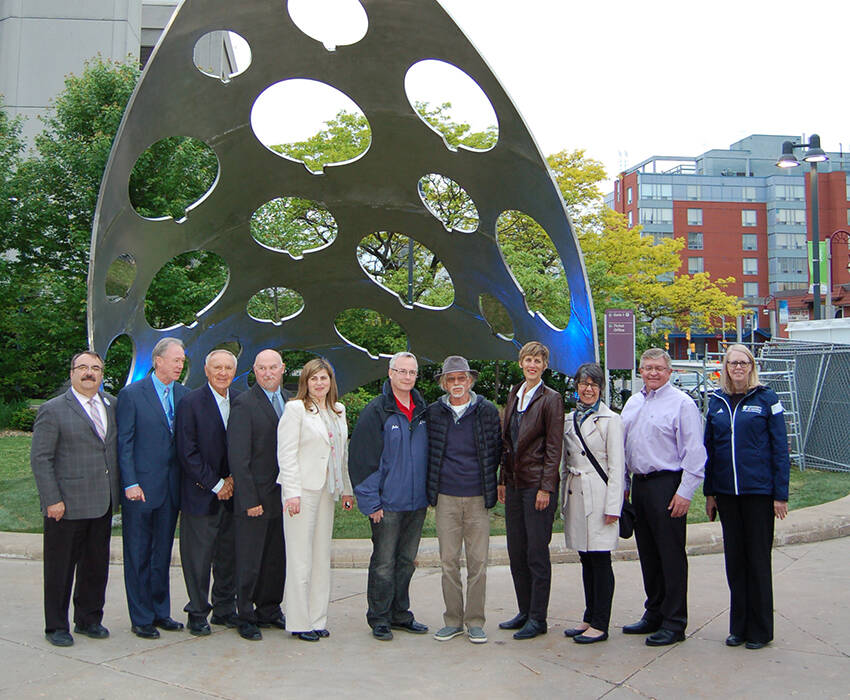 The idea behind Reverb is connected to our community. Noel had asked me to arrange for two tickets to an Oshawa Generals’ hockey game—he’d never been to a hockey game and, since the work was to be positioned outside the GM Centre, he wanted to get a feel for the place. It wasn’t the game that captured his imagination as much as the crowd. Reverb reflects the enthusiasm of those who visit the GM Centre—they are the ones who trigger the light show in the sculpture. The work is less about an artist’s vision, but the reflection of a community. And that consideration of our public is what helped tip the scale in Noel’s direction.

The best part of what I do is working with artists and I feel privileged to have spent time with Noel Harding. The Canadian art world has become a poorer place with his passing.