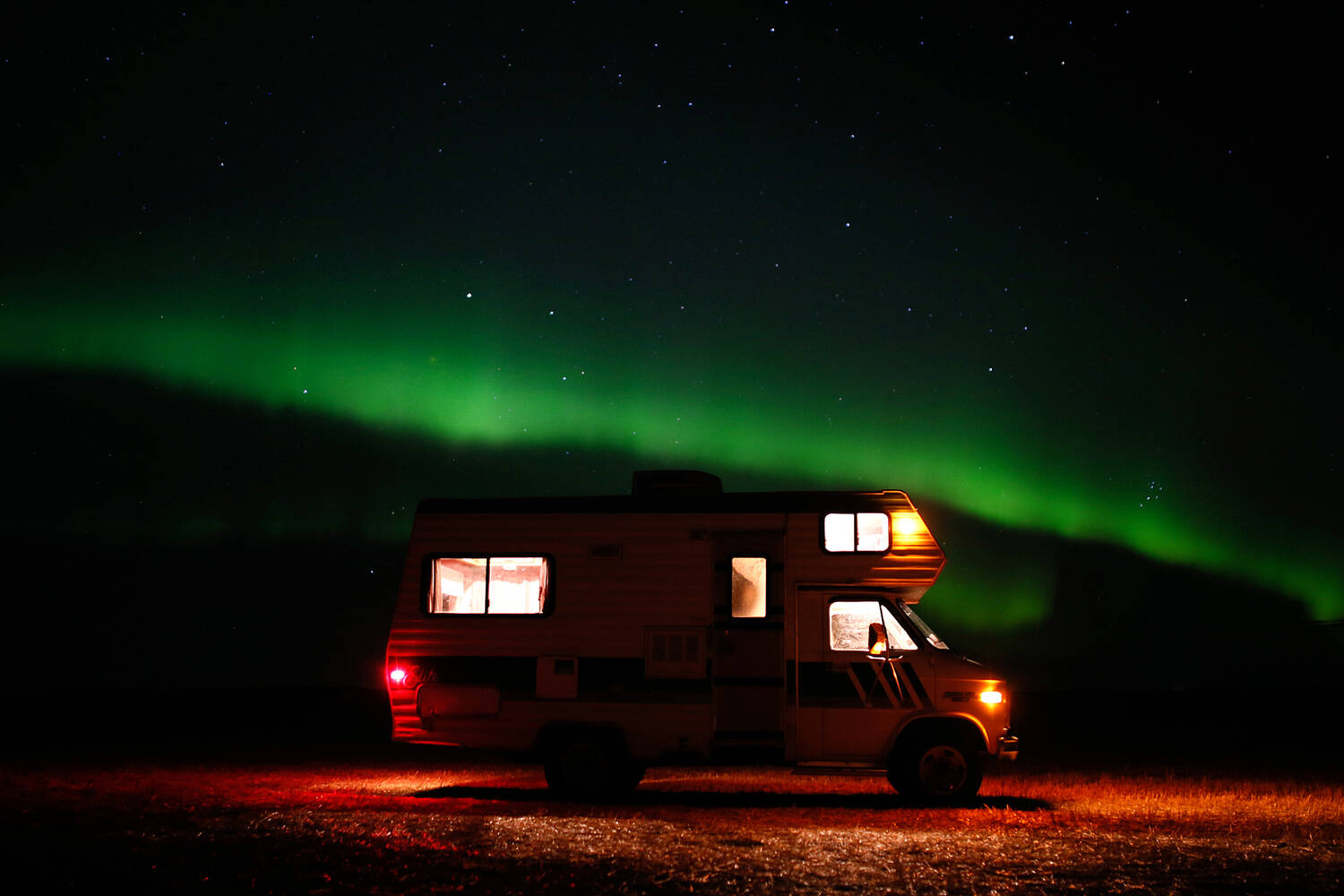 Her love for photography keeps her moving year-round and her art is getting noticed, thanks in part to the Robert McLaughlin Gallery.

This year, Foden was selected by curator Charlotte Hale to donate a photograph for RMG Exposed: Out of This World. Her work, ‘Northern Sky’, will be part of a live auction of 10 chosen works at the Nov. 25 event.

“I’m so happy because I’ve been a big fan of the Robert McLaughlin Gallery for years,” she said, adding she’s always found the gallery warm and welcoming.

She’s also delighted her photograph is being auctioned alongside one donated by former Canadian astronaut Chris Hadfield. A photograph of Saudi Arabia he took from the International Space Station will be sold in the featured auction.

Foden’s photograph of the Northern Lights was taken in Saskatchewan last summer and is part of her RV Diaries project.

“For the last two summers, I’ve been travelling around Canada in a motorhome,” she explained. “It’s essentially about my life on the road.”

Last year, she drove from Toronto to British Columbia, documenting her journey with her camera. This year, she headed east to Newfoundland.

And she’s done both journeys in her 1987 Chevy Elite RV.

“I’m very surprised that I made it,” she said with a laugh.

She calls herself a digital nomad, splitting her time and her photography between Brazil and Canada. The RV, which can be seen in her donated photograph, is her home base during her time here.

The cold months she spends in Brazil’s northeast coastal state of Bahia, where she stayed for more than two years after touring South America. Works from her time there were featured in her solo exhibition at the RMG this past spring, earned for her win in RMG Exposed in 2016.

Foden says the award last year has definitely helped her and her career.

She’s received other recognition since but the win at the RMG was the “first significant thing” to happen in her career and she’s grateful for it.

“Winning mostly was kind of like a confidence boost. It encouraged me to keep going on the path that I’m on,” she said.

The solo show, part of the Scotiabank CONTACT Photography Festival, also saw her work featured in media outlets across the GTA.

This year, Photo Boite selected Foden as one of its 30 Under 30 women photographers. And her photograph taken for the Bill and Melinda Gates Foundation won the American Experience category in the Smithsonian Magazine photography competition. Her works can be found in galleries around the world.

The former Durham Region resident didn’t set out to be a photographer. She was studying print and broadcast journalism at college but developed a love for photography after buying a camera and backpacking through Asia one summer before graduation.

“I never pictured myself as a photographer. I never thought I was creative enough,” she said, adding what has happened is “ a lesson that you should just try it.”

She said her time in Brazil was “kind of like my education. That’s where I developed my voice, my vision.

“I shoot in colour. I have an eye for light, and particularly dramatic, beautiful lighting. My stories and photos have a positive angle.”

She’ll head back to Brazil in December and when she returns in the spring, she and her RV will head to the United States.

RMG Exposed: Out of This World takes place at the gallery, 72 Queen St., Oshawa, Nov. 25 from 7 to 10 p.m. There will be a featured auction, live auction of curated works, and a silent auction of works selected from submissions from national and American photographers. There will also be space-themed events. Those in attendance get to vote for the Community Choice award. Tickets are available at the gallery and at www.rmgexposed.net where you can also find more information about the event.