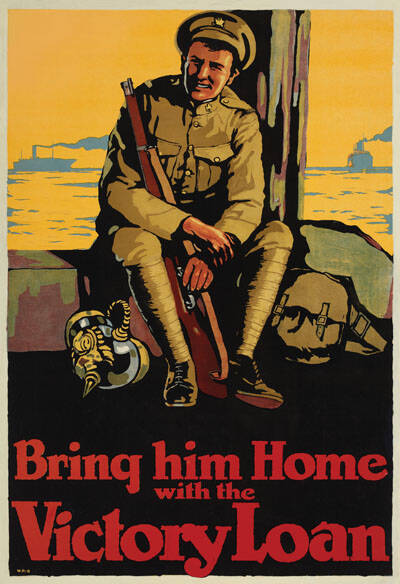 Today the RMG remembers Canada’s fallen. With 2014 marking the 100th anniversary of World War One, we have the following special programming at the gallery:

Oshawa and the First World War: Selections from the Thomas Bouckley Collection
Until 18 January 2015

When Canada entered the Great War on August 4, 1914, the lives of Canadians across the country were changed forever. For the men who fought on the frontlines and the families that supported them from the home front, WWI was unlike anything Canadians had experienced. Canada’s contribution to the war led to growing autonomy and independence for the nation, but it came at a great price and many Oshawa men lost their lives.

The building of the new Oshawa Armouries was completed in 1914, and by September 1916, men from across Durham Region joined Ontario County’s 116th Battalion. They went on to fight in some of the great battles of the war including Vimy Ridge, Valenciennes and Passchendaele. On the homefront, local businesses worked hard to contribute to the war effort by manufacturing goods to support their family members, friends and neighbours fighting overseas. The Thomas Bouckley Collection’s large number of photographs taken in Oshawa during World War One act as a reminder of the great sacrifice that was made by the Oshawa community.

This exhibition is a part of the WWI Commemorative Project: Oshawa Faithful and Ready. The RMG, the Oshawa Community Museum & Archives, Trent University (Oshawa), Oshawa Public Libraries, Ontario Regiment Museum, Heritage Oshawa, City of Oshawa and Rogers TV have partnered to deliver an ambitious program throughout the year that commemorates the 100th anniversary of the beginning of WWI. Curated by Megan White.

Exhibition: The Wildman Collection: Posters from the Great War
Until 1 February, 2015

Propaganda posters played their own role during the Great War. A relatively inexpensive means of mass communication, posters were primarily used to promote enlistment in the forces, raise funds through Victory Bonds, encourage the population against waste, and increase industrial and agricultural production. The tone of early posters was almost festive, as the Allies assumed the war would be over quickly. The images were often naïve and word heavy, appealing to the pride of the young men they were targeting. However, as the war continued and the list of casualties grew, the tone of the posters began to change—the need for new recruits was urgent.

The Wildman collection of war posters was initially a secondary collection: around 1998 Christine and Craig Wildman, both history enthusiasts, decided to augment a collection of rare ephemera with related war posters. The poster collection now numbers over 100, and encompasses posters from both Allied and Central Power countries. We are grateful to the Wildmans for sharing their passion as part of RMG’s commemoration of the beginning of the Great War. Curated by Linda Jansma.

Collectors Talk: Craig Wildman
Thursday, 13 November at 7pm
Join to learn about the history of WWI posters and their use as a form of mass communication. Local collector Craig Wildman takes us through his and his wife Christine’s collection of posters featured in the exhibition The Wildman Collection: Posters from the Great War. This lecture is part of the 100th Commemoration of WWI: Oshawa Faithful and Ready programing happening throughout the year. Free admission, no registration required.

Image: Anonymous Bring him Home with the Victory Loan, 1918