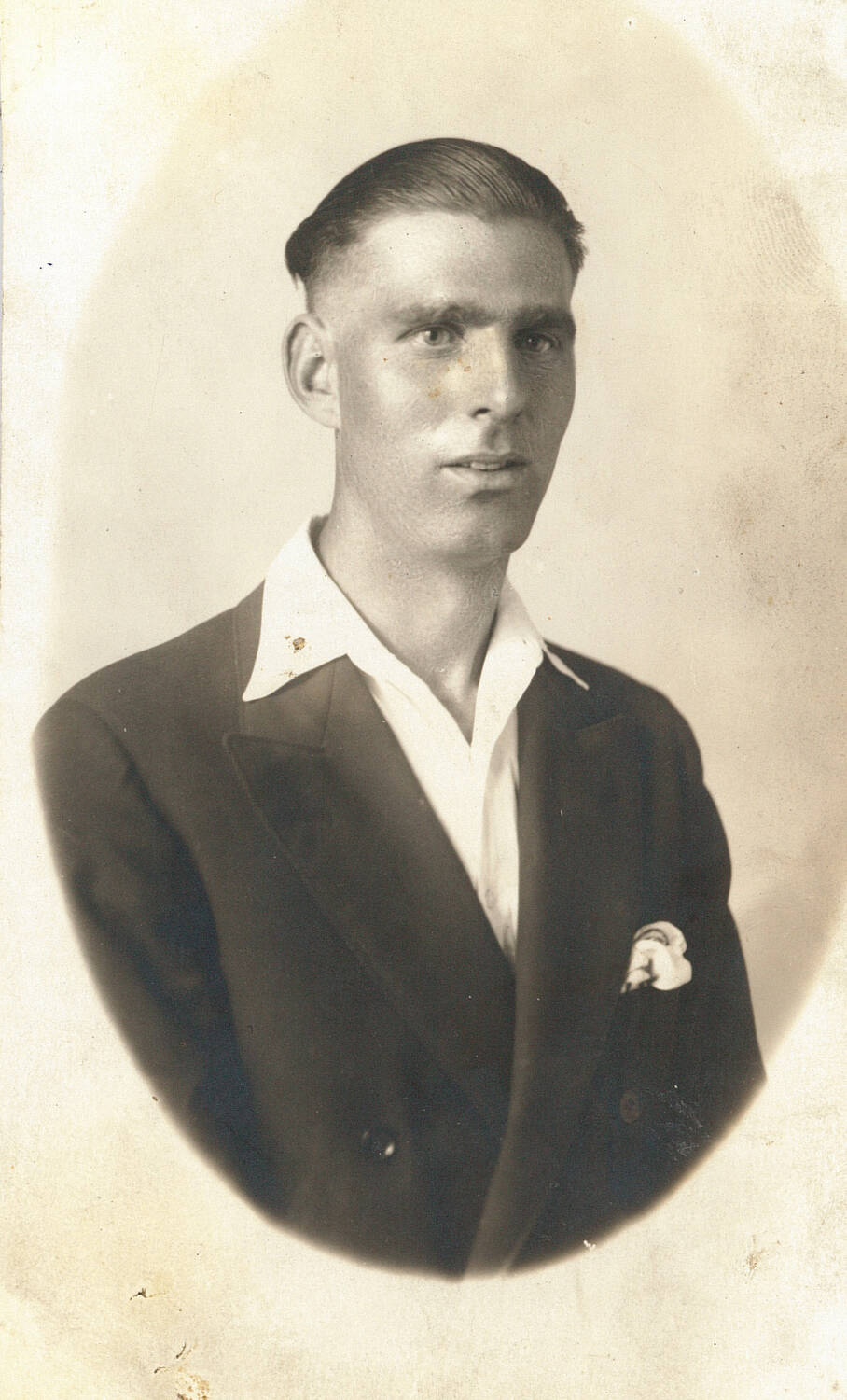 For the last blog posting featuring three Their Stories submissions, it includes 2 of the most popular portrait subjects. In choosing the unidentified portraits that would be the options, I was looking for ones that were intriguing or suggested a narrative. I was at times surprised at the amount of submissions received for some portraits while others weren’t as popular, which just goes to show that the process is very subjective. Everybody is going to relate to a portrait differently depending on their own experiences. Thanks once again to everyone that participated! – Sonya Jones, Associate Curator and Curator of the Thomas Bouckley Collection

This 1921 picture of Roderick, shows him recently arrived from England, where he was an avid cricket player.

Here he always chose to wear the post game attire typical of a gentleman; he eschewed clothes that made him look scruffy. Always the gentleman.

Roderick was a triplet in an age when these family birth groupings were a relative oddity in the pre invitrio fertilization age. Rodney and Rupert remained in England.

Roderick first stayed at the Queens Hotel in Oshawa.   No records of just how long he chose to live here are to be found. 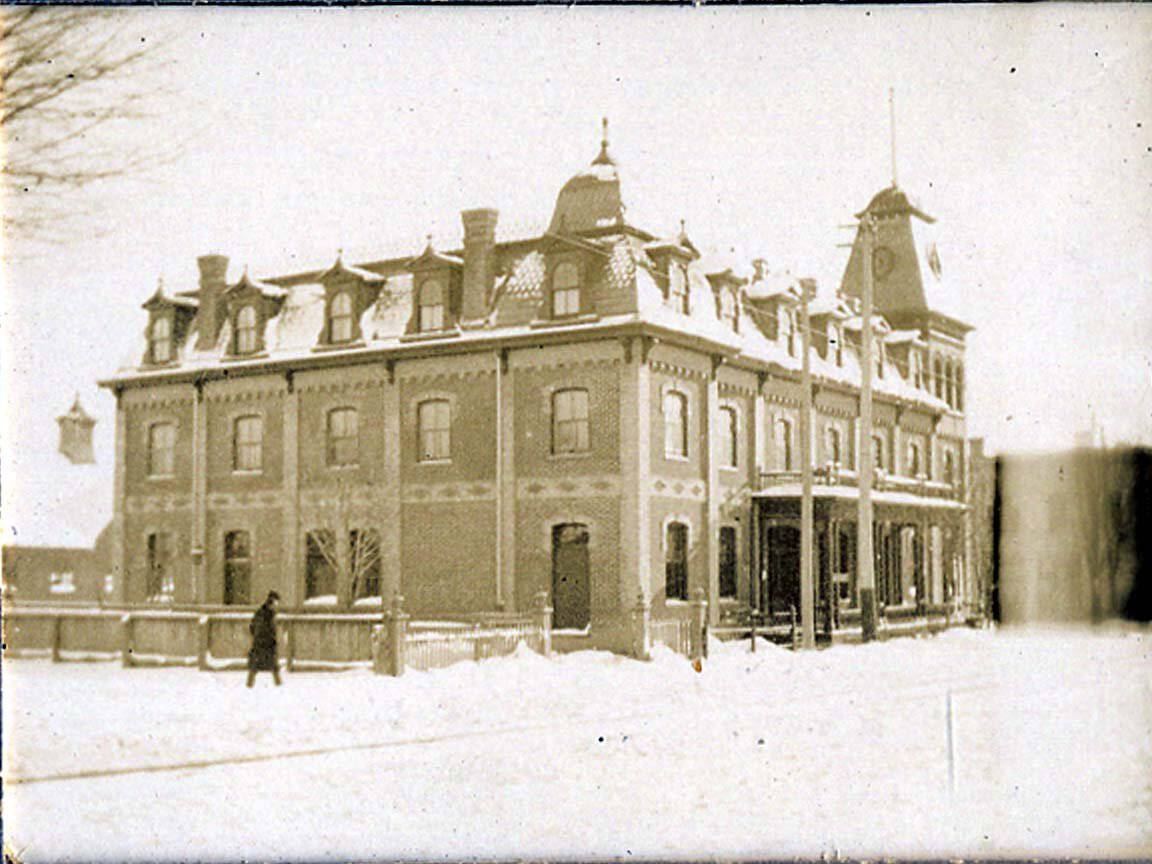 Now in Canada, Roderick chose to try tennis and to continue to wear the post game attire. He was not stodgy per se, but he did have personal standards.

Along with tennis, he decided to give sailing a go, and revive a passion long ago put aside.

The oval picture lends a sense of formality to Roderick and it quietly pleased him.

I wonder who “my Roderick” really was, and what was his real story

If you were to ask any resident of Hampton, Ontario, what they thought of Daniel Underhill, you would always hear the same thing: “A nice lad. A bit slow, but he means well”. Raised by his doting mother and stern father, Daniel was the second of three sons, and by all accounts, the least impressive. His older brother, Richard, was an athlete without equal in the small town, breaking school and regional records in most disciplines of track and field. Steven, the youngest, was as brilliant a scholar as Richard was a sportsman. Following in his father’s footsteps, the boy courted the world of academia, becoming a lawyer, and eventually a judge. Daniel, on the other hand, stuck out by not being extraordinary at all. Awkward and uncoordinated in athletics, and more than a little slow in school, the poor boy was often ridiculed for his inability to step from behind the shadows of his far more successful kin. A constant headache to his father and an embarrassment to his brothers, Daniel felt most at home in the company of his loving mother, the only person who truly understood him. A kind boy, Daniel was happiest making others smile. 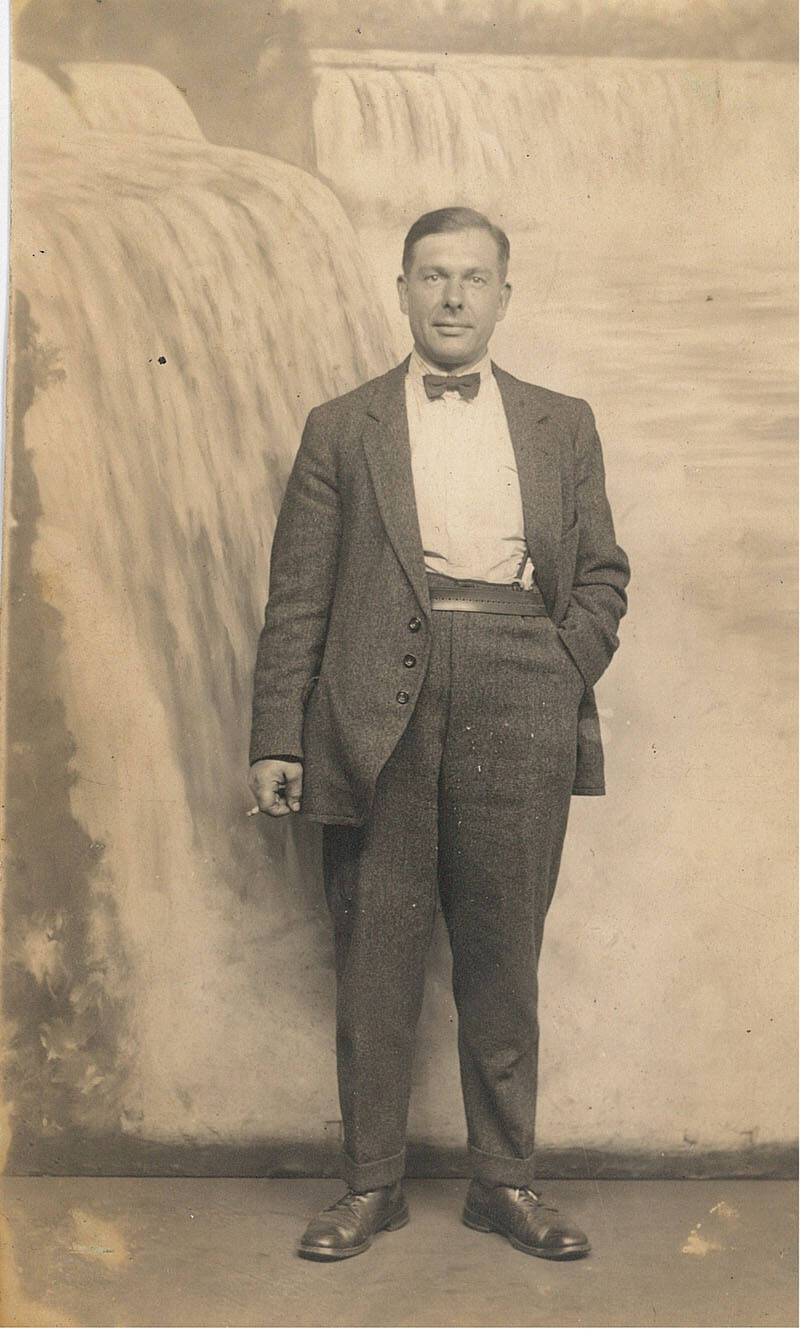 Unidentified Portrait from the Thomas Bouckley Collection. Collection of The Robert McLaughlin Gallery.

He was a farm boy, resigned to stay in Columbus for all his days. He was never a wanderer; his younger years were filled with hot summer days in the fields, and cold winters in the kitchen by the fire. A trip to the Falls changed him. At sixteen, in search of a thrill, he set forth to conquer Niagara. The traveller—he boarded a westbound train at Oshawa with a roundtrip ticket in the pocket of his shirt. It was four years before he returned to the farm to console his father, and grieve his mother. Wanderlust, he spent his mornings on Clifton Hill, spinning mystical tales of adventure to wide-eyed people, and his afternoons on the water, amid the shadow of the mist. In 1922 he followed the tourist boom south to the Florida Keys. Land speculator by day—drinker, talker, and dreamer by night. A tycoon by forty, he lost it all in the crash. He made the trek home to Columbus, riding the rails with the rest. A farmer by day, a writer by night. He settled into his life, welcoming the pace of a place set apart from the rapid changes of a new age.