When presented with the opportunity to curate a selection of works from both the RMG’s Permanent Collection and Thomas Bouckley Collection, I wondered what stories of the lake I might find, and how artists’ perspectives of the lake had shifted over time. What would artists’ past and contemporary perceptions of Lake Ontario reveal about our present relationship with it? This question is considered throughout the exhibition’s 29 works—ranging across painting, photography and printmaking—which emerge from both collections and span the last 150 years. It is important to note that early to mid-20th century works by European-descendant settler artists make up a significant amount of the portrayals of the lake in the collections and in this exhibition. I find it critical to bring attention to whose lived realities with the lake are largely missing from these portrayals; namely, the profound relationships Indigenous nations have had with this waterbody for millennia. I have intentionally bookended the exhibition with two works by contemporary Indigenous artists from the Great Lakes region, which are featured in the Permanent Collection. Beginning and concluding the exhibition with these works aims to impart a reminder of Indigenous nations’  relationships with the Great Lakes, and their ongoing stewardship of the region.

This theme considers different beginnings in relation to the lake. The first work, Nanabush and the Giant Pike (n.d.) by Blake Debassige, an Ojibwe artist from M’Chigeeng First Nation on the Georgian Bay, anchors the Great Lakes as vital to Anishinaabe culture. Here, Debassige vividly portrays Nanabush travelling across water, a protagonist in Ojibwe storytelling who is both a culture hero and trickster figure. Although it is unclear which lake this is situated on, Debassige’s work points to how the Great Lakes have sustained and been home to Indigenous cultures and ways of understanding the world for millennia. Juxtaposed with this self-representation of Indigenous culture is British-born settler artist Frederic Waistell Jopling’s idealization of French voyageur Étienne Brûlé’s travels of the Great Lakes thanks to the guidance of Indigenous tribes in Etienne Brule’s Last Lap of the Portage to Lake Ontario, 1615 (n.d). Brûlé was likely the first European to arrive to Lake Ontario four centuries ago. Lotti Thomas’s Prima Terra Nova (1984) narrates the ensuing colonization of Canada by European settlers arriving via waterways and the beginning of mass European settlement. Finally, two maps from the mid-1800s are the earliest representations of the lake in the collections, which both depict the lake as a void, negative space. These maps exemplify a settler-colonial way of seeing water and land from an elevated bird’s-eye view, as something to be controlled. 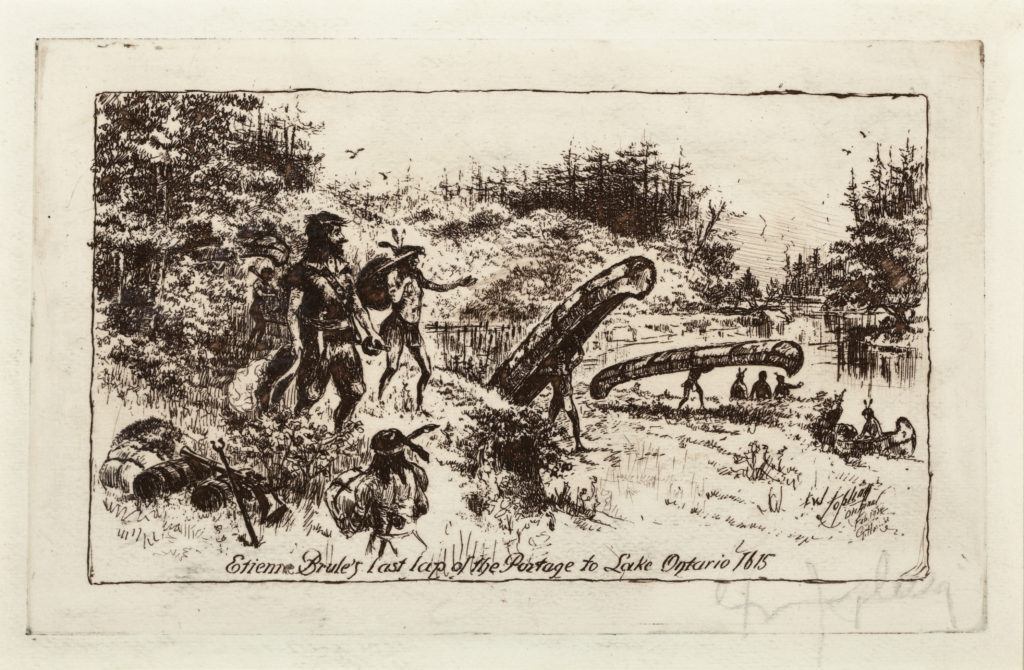 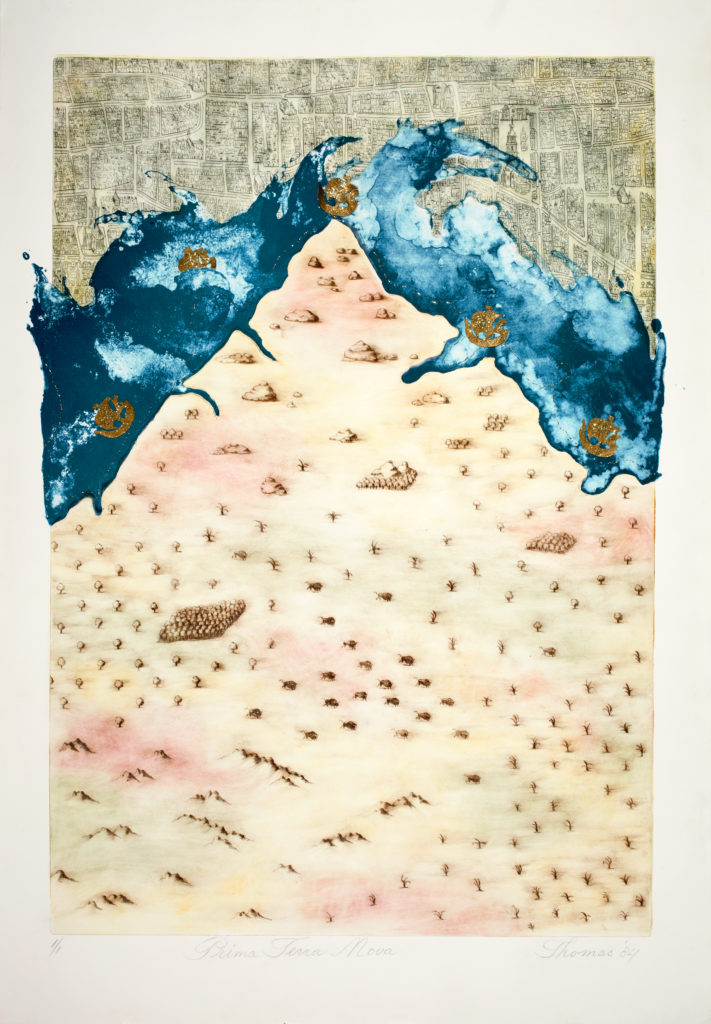 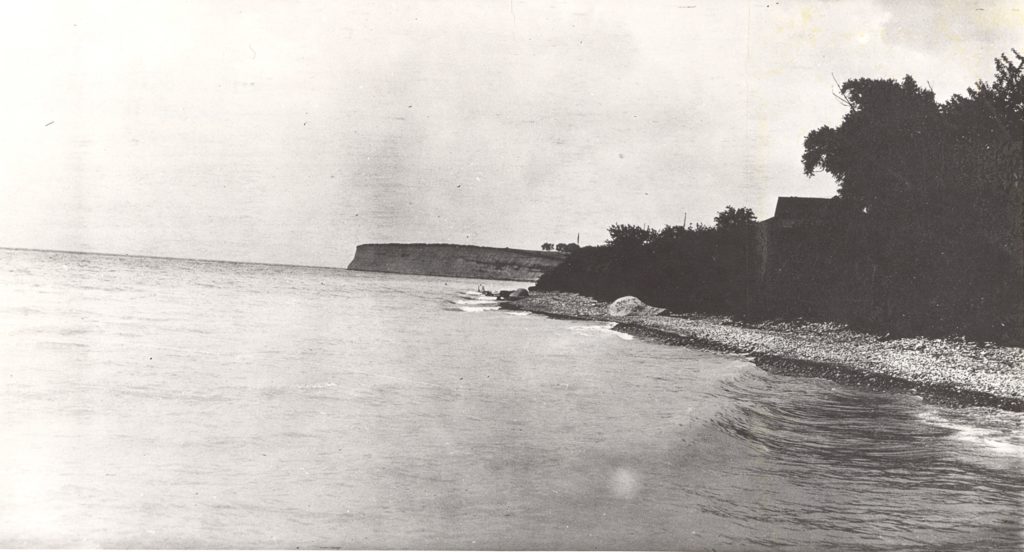 Ed Saunders, Oshawa On The Lake, 1911. The Thomas Bouckley Collection 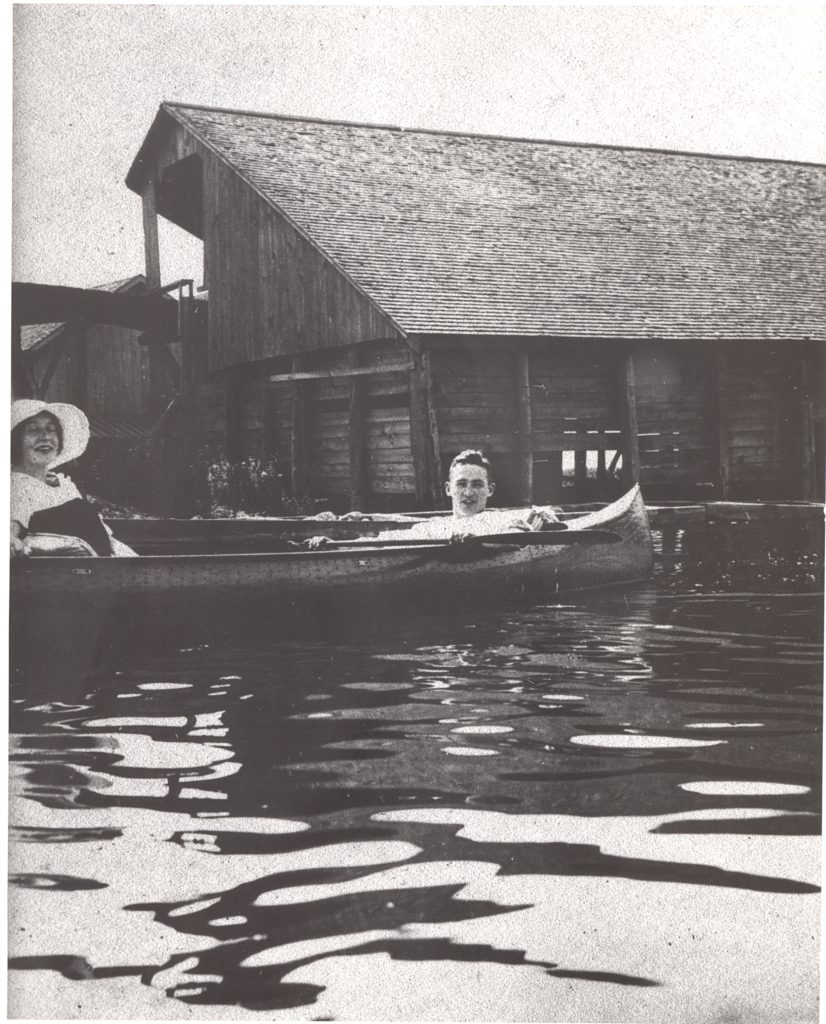 Canoeing in the Harbour, 1911. The Thomas Bouckley Collection

Oshawa On The Lake In Winter, 1919. The Thomas Bouckley Collection

William Blair Bruce (Canadian, 1859 - 1906), Lake Ontario, n.d., oil on canvas. Purchased with the assistance of the Government of Canada through the Cultural Property Export and Import Act, 1986. 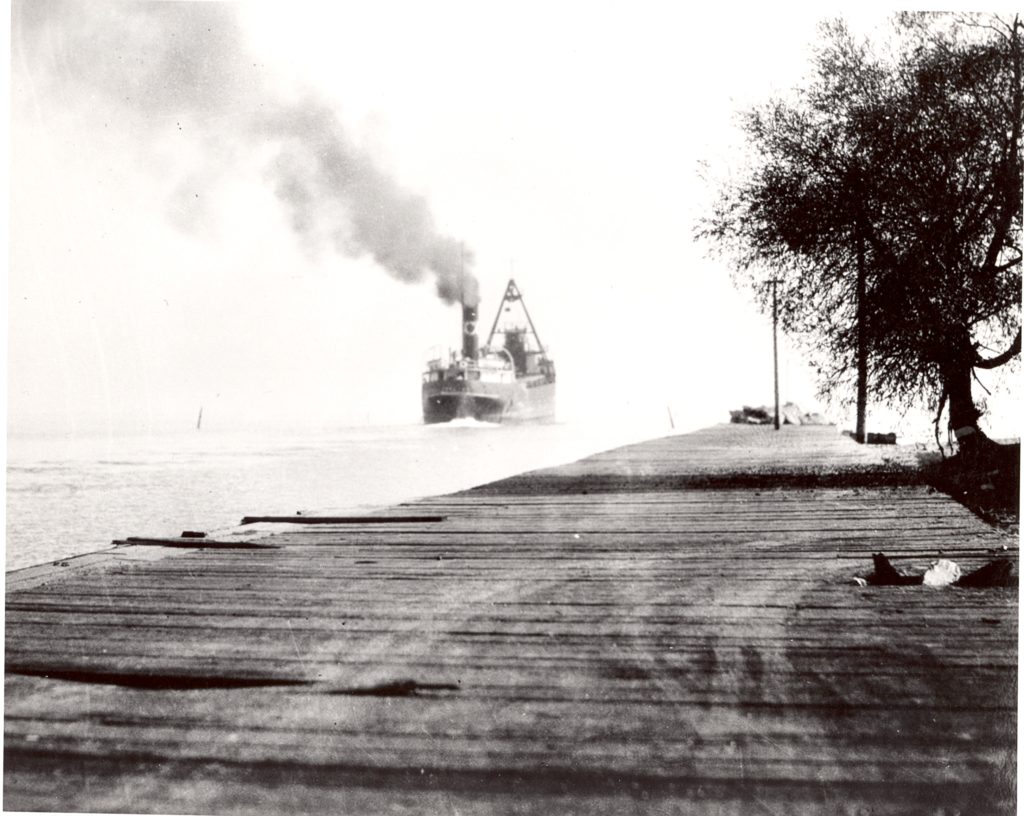 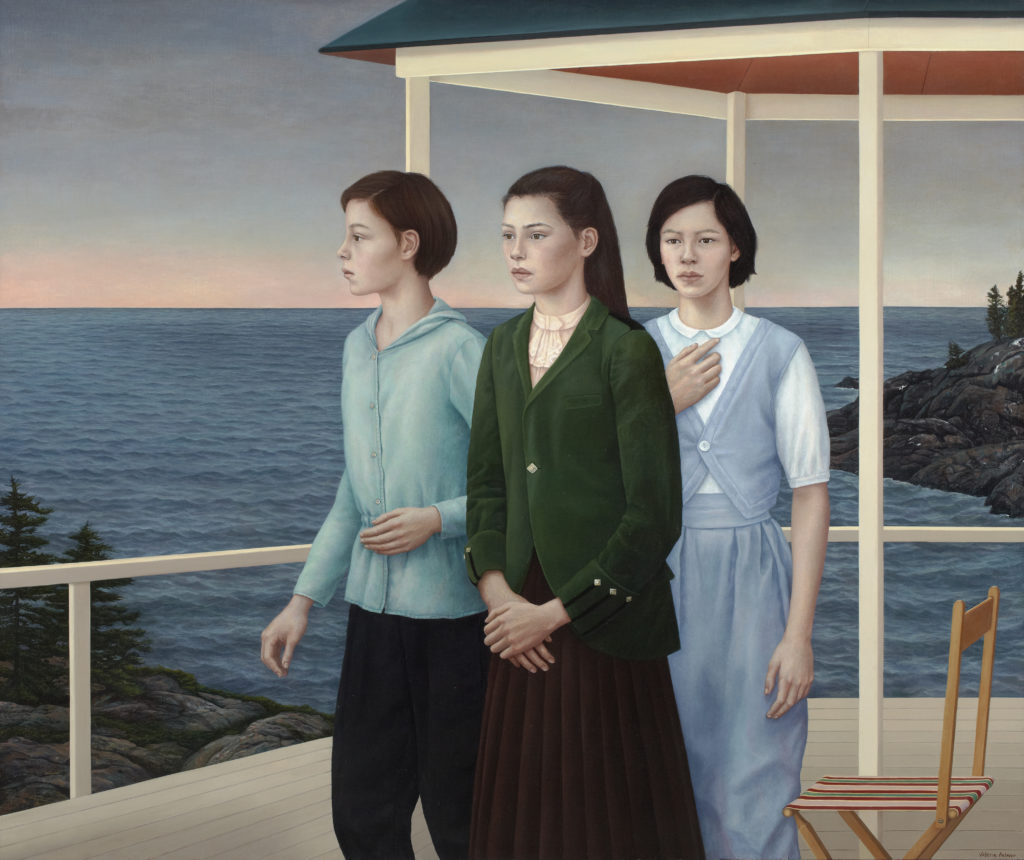