Be sure to bring a lawn chair or blanket to enjoy the outdoor entertainment!

This is an all-ages event, but pets will not be admitted. Please note that there is no smoking on city property, which includes the RMG’s backyard.

Upstairs in Arthurs on the 4th:

Films from DRIFF will be playing throughout the evening at 7:15pm, 8pm, and 9pm.

Brandon Williams makes resonant songs that capture isolation and resilience. As the songwriter behind Chastity, the Whitby, Ontario musician has made three unrelentingly perceptive albums culminating in the cathartic “Suffer Summer”, which was released in January 2022. Chastity started as a way for Williams to find community in his suffocating and isolating suburban life, and his songs serve as an outstretched hand for the like-minded people on the fringes.

Mary & Adelaide formed around an intersection in Oshawa. Unimpressed by the sounds they heard around them, four friends decided to make the music they wanted to hear. The indie rock outfit formed in 2017 in comprised of Aidan McGuirk on guitar and vocals, Luke Mitchell on drums, Sam Szigeti on bass, and Kyle Topolnisky on rhythm. They have released four singles, plus a video for their song ‘Faded’.

Special thanks to DRIFF in a Jiff and Canada Council and the Arts Reopening Fund for their support with this event. We acknowledge the financial support of Canada’s private radio broadcasters. 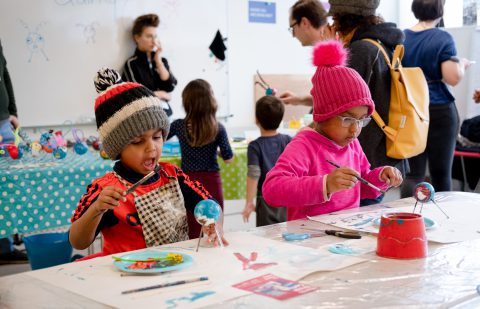 This month, we will be exploring elements of colour and design through a contrasting collage activity. We will look at puzzle pieces to create funky designs and piece them together into a colourful arrangement. Free admission. This is a drop in event. No registration is required. This event is generously sponsored by Ontario Power Generation.

This event is free but, registration is required. The RMG invites you to join us for an online conversation with Annie MacDonell, Maïder Fortuné, and Daniella Shreir, founder and co-editor of Another Gaze.  Sharing an interest in experimental film, narrative structures and feminist perspectives, our three guests will engage with some of the central themes […] 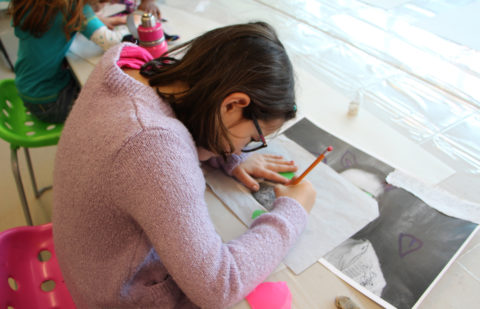 Ages 5 to 10 $45 Members/$55 Non-Members Do you want your kids to dive into creativity? Are they looking for exciting new adventures? Campers are encouraged to interact with art in fun and playful ways as they share their thoughts, and express their ideas through art. We will get hands on with some messy and […]