The new permanent installation at the Robert McLaughlin Gallery, entitled Go Figure, features work from the gallery’s extensive collection. As the title suggests, the collection demonstrations various aspects of human nature and how this concept is perceived by artists.

The collection features works by Canadians artists, both contemporary and historic, and one borrowed piece by American artist Kevin Wolff. According to Linda Jansma, curator of Go Figure, Wolff’s piece was included because the piece introduced a subject with a disability.

I had the opportunity to further discuss the exhibit and it’s predominance with Linda.

How long has this exhibit been in the making?

I thought of the theme last year when we were installing the 2014 Permanent collection exhibition Objects May Be Closer Than They Appear – so it’s been in the works for a year.

What is the meaning behind the Go Figure exhibit and how it is important to the RMG?

When I was thinking about the theme, I liked the throw away feel of the term “go figure”. Taken literally of course, it’s a way into our collection through examining the figure both in an historic and contemporary context and revealing the depth of a collection of over 4500 works. When people think of the RMG’s collection, Painters 11 often comes to mind. But, as this exhibition shows, the collection goes beyond mid-century abstraction.

Is there a certain piece in the collection in which the exhibit was built upon?

I have spent years going by Joan Krawczyk ‘s painting Dirty Linen in the vault – and wanting a good reason to bring it out. When the theme came to me, that was the first work I thought of including.

Do you have a personal favourite piece?

Depends which day it is! I fluctuate between works that are new to the collection like the Itee Pootoogook works on paper that are absolutely breathtaking, to the beautiful, delicate studies of nude figures by William Blair Bruce that have been in the collection for years.

William Blair Bruce (Canadian, 1859 – 1906); Untitled (female nudes); pen and ink on paper; Purchased with the assistance of the Government of Canada through the Cultural Property Export and Import  Act, 1986

The collection features both contemporary and traditional styles of art, how did you marry the two to create cohesiveness in the exhibit?

The RMG has a very rich and deep collection and it’s important, within any given theme, to present both historic and contemporary work. Art works across the ages and by showing a single theme from multiple vantages, we can see societal, artistic and aesthetic changes more easily. We spend a good deal of time working with placement both before the actual installation week and during it to come up with an exhibition that works both intellectually and aesthetically – and yes, that can be challenging!

Why are the two wooden statues by Ivan Eyre facing inward to each other rather than outward to the audience?

Those sculptures seem to have more of a relationship to each other rather than to the visitor; we wanted to give them their private moment within the larger exhibition!

The exhibit is predominately composed of two types of figures, posed (such as Portrait of Lillian Krans 1870 by Wyatt Waton) and candid (scenes like Three Hunters Canoeing During Foggy Day by Itee Pootoogook). How do you think this contributes, if so, to the theme of the exhibit?

The figure has been used in art for thousands of years – and in very different ways. The posed portrait comes from a certain time within a certain socioeconomic context, while someone like Itee Pootoogook is less interested in the individual than the milieu that he or she is in. Interestingly, both tell particular stories in their own way.

Go Figure is currently on display in the Permanent Collection Gallery until August, 2015.. 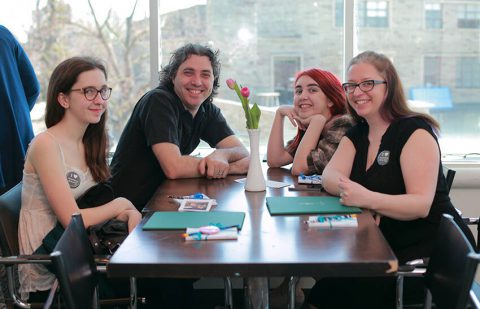 Jessica Moffitt, RMG Communications Intern, spent her winter semester at Durham College working alongside Sam Mogelonsky, Manager of Marketing and Communications. Over the duration of her placement, Jessica learned about social media management, writing and marketing, but really found her niche in event management. Assisting our Manager of Community and Volunteer Development, Carla Sinclair, Jessica […] 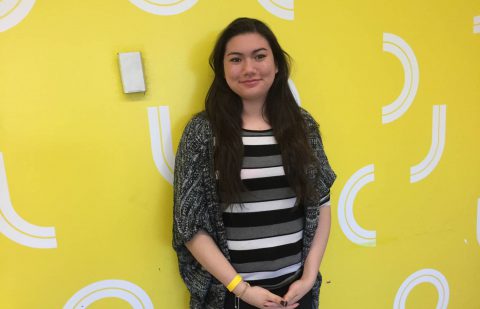 My name is Victoria Orjalo, and I am a Grade 12 student at Monsignor Paul Dwyer. I picked the RMG to do my Co-op placement because I am interested in studying and teaching art and am an aspiring artist. The RMG is the perfect fit and I am very fortunate to be a Gallery Studio […] 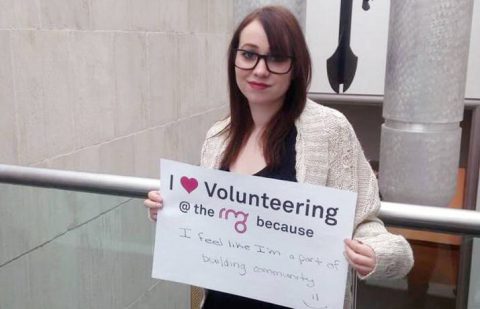